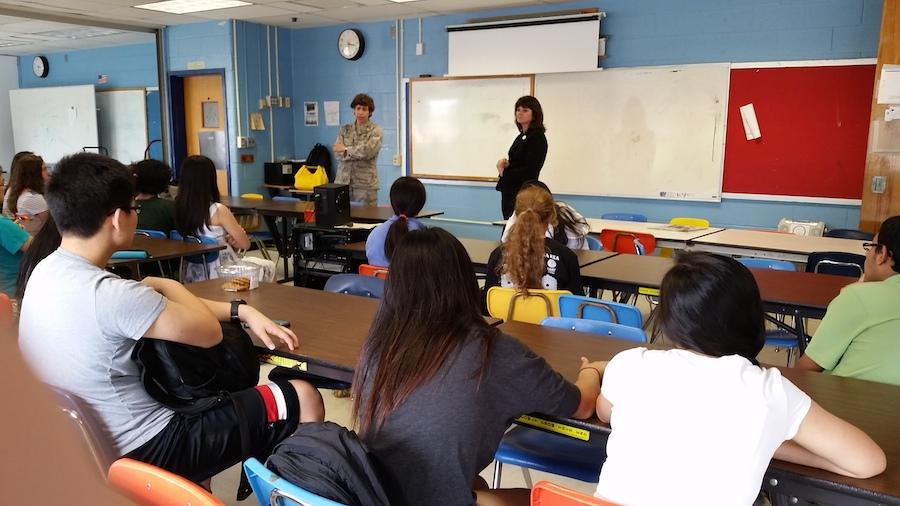 On the last eighth period, Mica Endsley, the chief scientist of the United States Air Force, spoke to students during an activity on June 13.

On June 13, students participated in their last eighth period activities for the year as the underclassmen and upperclassmen exams will be taking place next week. In celebration of their accomplishments and success, many clubs, including Lincoln Douglas debate and United Nations International Children’s Emergency Fund (UNICEF) enjoyed their last meeting by holding parties.

Many students expressed their sadness for the last eighth period of the year and hoped for a better developed system of events and activities next year.

“I’m actually pretty sad, because eighth period is sometimes the only time I get to see some of my friends,” sophomore Katelyn Etemad said. “Eighth period is a relaxing time that I will miss.”

On the day, several clubs concluded the year with interesting events and news. Threshold announced the list for next year’s editorial board, in which the club’s Editor-In-Chief and other vital editor positions were selected. Women In Science and Engineering (WISE) and Tomorrow’s Women In Science and Technology (TWIST) also wrapped up its successful year by inviting Mica Endsley, the chief scientist of the United States Air Force.

As the school will be beginning the underclassmen exams next week, students will be able to leave early June 17-20. With the school year ending in less than two weeks, the students expect to see positive changes to the eighth period program when they return in September.

“Eighth period has always been what I looked forward to this year, so I’m sad that it’s ending,” sophomore Matthew Sun said. “Next year will hopefully be even better.”