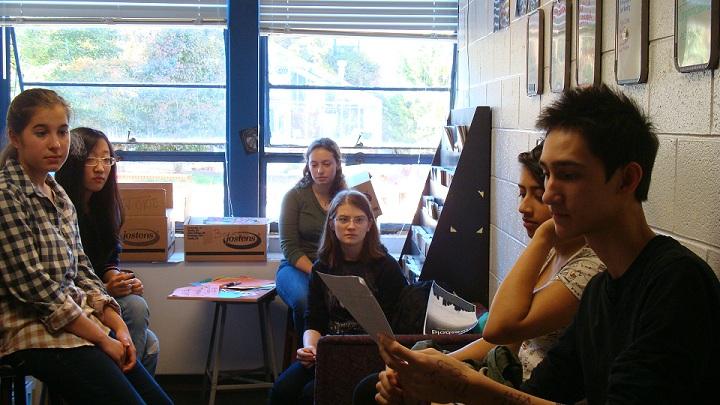 Staff and editors participate in Threshold prose and poetry discussions throughout the school year.

On June 13, the editors for next year’s Threshold, Jefferson’s literary magazine for the arts and sciences, were announced. The editors were selected through an application and election process, in which the candidates for Editor-In-Chief, managing editor, Shadwell editor and art and design editor presented their election speeches on June 11.

After days of discussions amongst the senior editors, junior Stav Nachum will be leading next year’s Threshold production by serving as the Editor-In-Chief. Juniors Julia Casazza and Renee Wah were selected as managing editors, and junior Edward Fortunato and sophomore Jordan Ganley were announced as Shadwell editors. Moreover, juniors Emily Rogers and Arianna Sze will be responsible for the overall design of the magazine by working as art and design editors.

“It is so great to see that so many people I’ve worked with this year have been selected to work with the magazine in a greater capacity next year,” Wah said. “Threshold is going to thrive next year, and I look forward to producing the best edition yet with these wonderful people.”

“I’m really excited to welcome a new grade of Threshies to our staff and I look forward to hosting a special writing and art events in conjunction with other clubs,” Ganley said.“I can already tell that next year will be a great year for Threshold.”

The full list of next year’s Threshold editorial board is as follows: