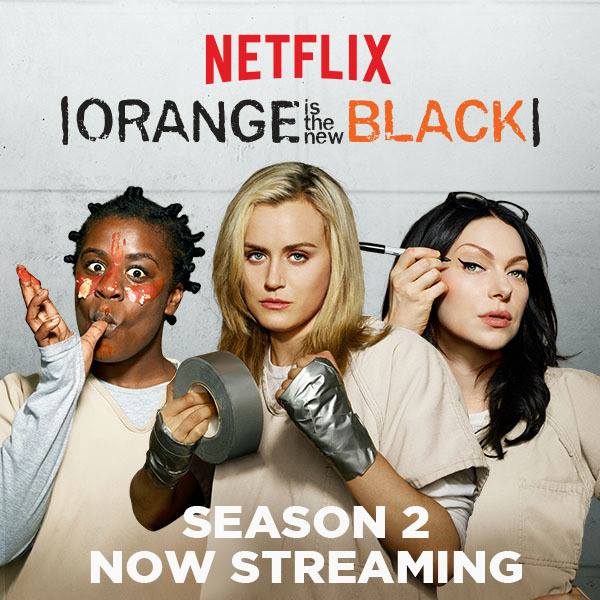 Fans of "Orange is the New Black" Season One will delight in the return of the boisterous antics and tender back-stories of their favorite inmates.

After an agonizing, 11-month wait, the graphic, uproarious prison drama “Orange is the New Black” has finally returned to Netflix. Already renewed for a third season, “Orange” is perhaps one of the most talked-about shows on air. After an incredible first season that swept viewers off their feet and into the colorful world of Litchfield, New York’s female penitentiary, many were skeptical as to whether or not the show’s second season could deliver entertainment of the same caliber.

We think it’s safe to say that Jenji Kohan, the show’s creator, has done it again. Although the first episode of the second season got off to a somewhat slow start, it soon paves the way for the exciting pace that dominates. As main character Piper Chapman (Taylor Schilling) deals with the consequences of the first season’s cliffhanger, old storylines are ended in the show’s typical dramatic, darkly comedic ways. While the episode’s most shocking twist does not occur until the last few minutes, it is an exciting and indicative transition to the second season.

As with the first season, the new “Orange” is not for the faint of heart. Season Two features vulgar language in nearly every sentence and dozens of scenes with partial or full nudity. However, the show still manages to remain tasteful and refreshingly real. As always, each character’s unique mannerisms, combined with witty dialogue that approaches perfection, weave a vivid picture of prison life.

Perhaps one of the strongest aspects of the new season is the exploration of other characters’ pasts. The two most interesting of these are those of Tasha “Taystee” Jefferson (Danielle Brooks) and Poussey Washington (Samira Wiley). Unlike the short flashbacks of the first season, the second season details pasts via long series of flashbacks over multiple episodes. The writers’ abilities to draw characters from numerous, diverse backgrounds is incredible, and there is something so heartbreaking about each character’s fall from grace.

Surprisingly, Alex Vause’s (Laura Prepon) absence does not seriously hurt the show. While her return is something to look forward to next season, it does not detract from this season, as her presence is no longer integral to the storyline. Instead, it is a relief to see how Piper is able to grow without the omnipotent presence of her on-again, off-again lesbian lover.

The second season also introduces a few new characters to replace the ones who left. By the far the most complex and intriguing one is Yvonne “Vee” Parker, played by Lorraine Toussaint. Vee’s arrival and her mysterious but intimate connections to Taystee and Galina “Red” Reznikov (Kate Mulgrew) immediately ignite conflicts that transcend racial boundaries and pit best friends against each other.

Despite all of our praises, we still believe that the second season of “Orange” falls just short of perfection. The 13-episode season has two rather serious flaws. First, each hour-long episode seems to be made up of two parts: The first 50 minutes are interesting background followed by a five- to 10-minute buildup to a cliffhanger. Additionally, the new character of Brook Soso (Kimiko Glenn) offers no positive additions to the show. Instead, she is a chatty, nature-loving hippie whose childish tirades manage to annoy both characters and audience members.

Binge-watching devotees of the first season should make sure to clear their schedules before they begin the second season, as they will certainly be glued to the screen for up to 13 hours. The writers of “Orange” faced a lot of pressure to top the rave reviews from the previous season, but the second season, without a doubt, lived up to the critical acclaim of the first season.

Read a staff review of “Orange is the New Black” Season One here.