“The Fault in Our Stars” sets out to make you cry 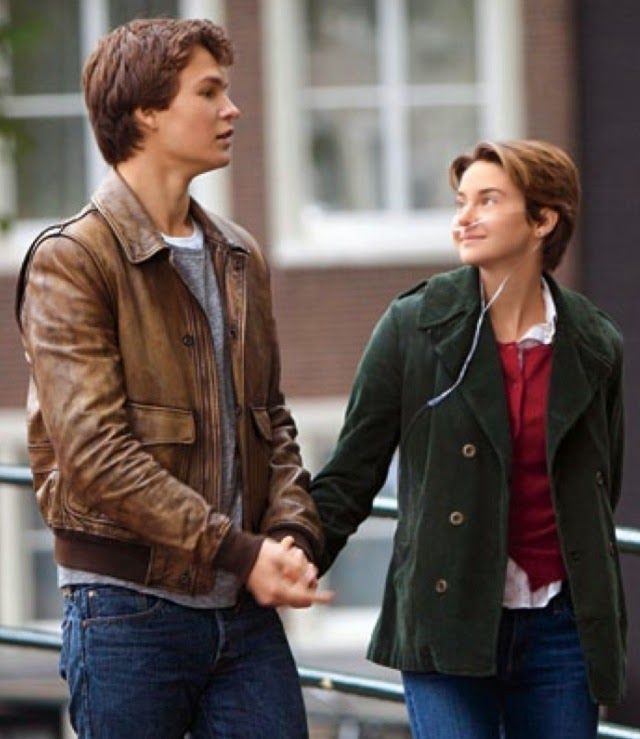 Augustus Waters (Ansel Elgort) and Hazel Grace Lancaster (Shailene Woodley) in "The Fault In Our Stars." Photo courtesy of http://thefaultinourstarsmovie.com.

The moment the close up shot of Shailene Woodley’s eyes came onto the screen, there seemed to be a collective intake of breath from the audience as “The Fault in Our Stars” was about to begin. A movie that all John Green fans were desperately awaiting, “The Fault in Our Stars” surpassed all expectations, becoming one of the best book to movie adaptions to date. The movie came to theaters on June 6.

The story of Hazel Grace Lancaster (Woodley), “The Fault in Our Stars” shows how a young girl dying of cancer has her life turned around by a young man named Augustus “Gus” Waters (Ansel Elgort), a cancer survivor. Once they meet at a support group meeting, the two immediately connect and begin to form a fast friendship. After exchanging favorite novels, Gus finds that Hazel’s favorite book, An Imperial Affliction, has quite a cliffhanger for an ending. Using his cancer wish, Gus plans for the two of them to go to Amsterdam and ask the author what happens after the end of the novel. Hazel and Gus end up meeting their beloved author whilst in Amsterdam and their love story continues once they return home.

After the novel came out in 2012, it quickly grew in popularity and in the last two years has become one of today’s most popular teen novels topping charts including number one on The New York Times Best Seller list and the Wall Street Journal. The movie seems to be just as popular as it topped the box office with $48 million its opening weekend.

Though I am often disappointed by book adaptations, “The Fault in Our Stars” pleasantly surprised me with both its humorous and heartbreaking moments. There seemed to be a perfect balance between the playful banter of the characters and their emotionally heavy circumstances. Overall, I loved the way certain quotes were brought in word for word from the text and that the movie stayed true to the book in almost every way.

In addition to the script and movie itself being phenomenally done, the acting by Woodley and Elgort was impeccable. They delivered both the humor and the anguish perfectly in a way that you truly felt every emotion that the characters felt, especially at the ending of the movie. I especially appreciated the small touch of how all of the members of the support group, besides the three main actors, were all cancer survivors. It added immensely to the movie.

Overall, “The Fault in Our Stars” was a movie that I would definitely rank as one of the best book to movie adaptations that I have ever seen. Though it was incredibly funny to see the reactions of people who had read the book versus those who hadn’t, the movie itself is a story that I will always carry with me, and I know that the movie did the book justice. Every fan of the book and people who haven’t read the book would definitely benefit from watching this incredible movie. The creators of the movie definitely gave us a little infinity within a limited number of frames.