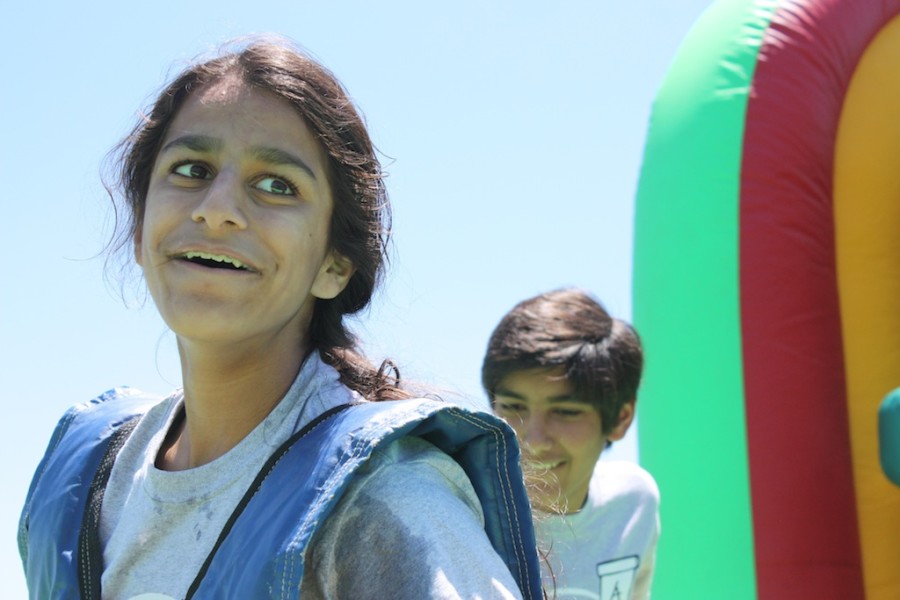 With the end of the school year quickly approaching, students were excited to celebrate their final weeks at the annual school-wide Jefferson Day (JDay) festival. Water slides, music and most importantly, food, along with beautiful weather marked the end of another tough year and long, harsh winter.

The theme of JDday this year was “Avatar: The Last Airbender.” Seniors were the Fire Nation, juniors were the Water Tribes, sophomores were the Air Nomads and freshmen were the Earth Kingdom. Each class got t-shirts with their respective benders. SGA and faculty also had themes; they were Appa and the Order of the White Lotus, respectively.

JDay this year was fortunately still outside, despite the construction, but was held in a different location. Instead of the parking lot, many of the booths to sell food to raise money for clubs were inside Gym 2 or in the alley outside it, or were up on the track. Jefferson Model United Nations (TJ MUN) sponge wars kept their spot behind the bleachers, and the water slides were on the field.

“JDay is bittersweet in a way since it’s one of the last things we do collectively as a club, but it’s a fun way to begin closing off the school year and enjoy ourselves on such a beautiful day,” TJ MUN member sophomore Cheryl Mensah said. “The weather was especially perfect this year!”

Musical performances from Jefferson students were held both in the planetarium lobby and outside next to the bleachers. Students were allowed to perform individually and in groups in addition to the Jefferson sponsored groups such as TJ Sirens, the female choir, that sang.

“I enjoyed playing at j-day since that’s something we’ve done these past three years we’ve been a band and we’ve come a long way since the first performance,” member of the student band The Axis senior Jeff Horowitz said.