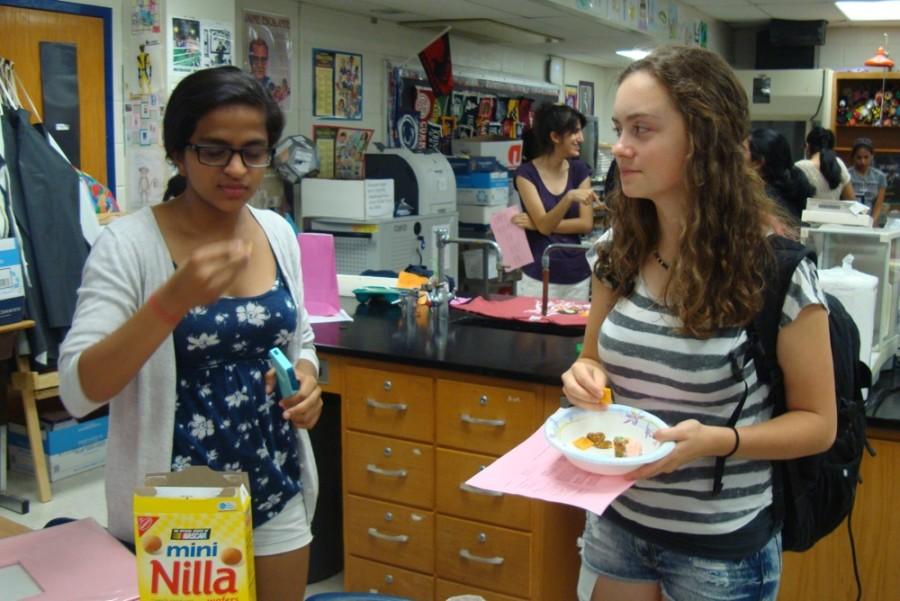 Members of WISE spend their last meeting of the year with the announcement of new officers and a celebration.

Women In Science and Engineering (WISE) selected the new officer board for the 2014-2015 school year on June 4. After three days of contemplation, the senior members of the club decided the members who will serve as the future officers.

Interested candidates completed an application form that asked about their contribution in the club and their vision for the club’s future.

“I joined WISE because I liked seeing students wanting to learn about science, and I was able to help them have more interest in science and engineering,” sophomore Jaehee Yang, who will be serving as the Techstravaganza co-chair, said.

Students were selected for various positions in the club, including the four co-president positions that will be responsible for leading one of the four Science, Technology, Engineering and Mathematics (STEM) division. The STEM fields are also divided into four committees, in which its members will be forming various lab ideas for next year.

“I am interested in making labs that will allow more interaction between the Weyanoke students,” sophomore Katie Pruitt, who will be serving as the co-chair for chemistry committee, said. “It seems better when there are more labs when the Weyanoke buddies are working together.”

With the selection of new officers, WISE strives for another successful year by encouraging more women to participate in STEM fields.

“I want to help WISE hold another successful year at Techstravaganza and be able to help people who don’t have the opportunity to be a part of the club to enjoy the activities we do,” Yang said.