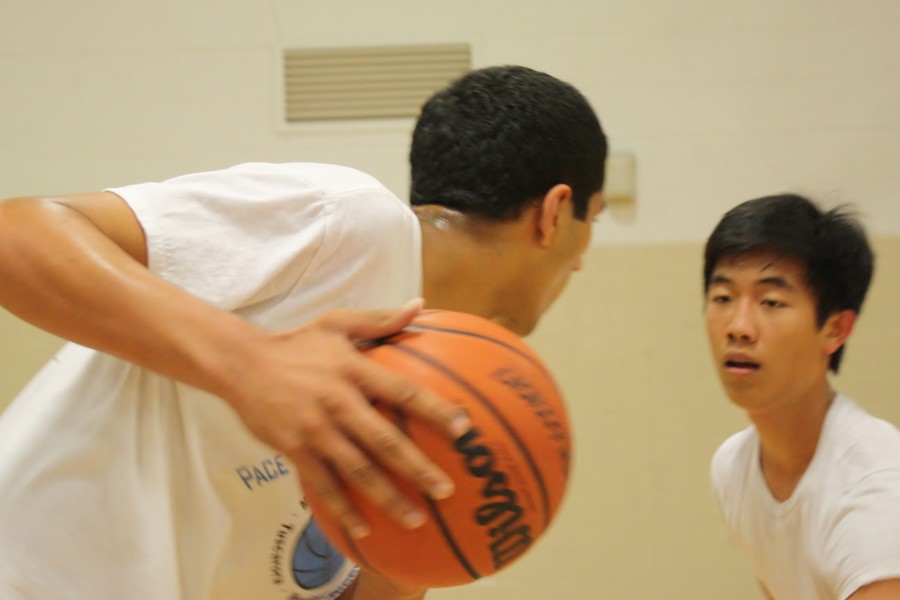 The fifth seed team, Splash Brothers, and 28th seed team, Freshmen + Wills, battled in the round of 32 in the annual J-Day basketball tournament, this Monday, June 2 during lunch. After their victory over the 37th seed Brick Squad, freshmen Jack Boyle and Cody Miller and sophomore Wills Song could not keep up with the Splash Brothers, led by junior Sharan Arkalgud, a member of the varsity basketball team.

After getting out to the early lead, the Splash Brothers kept possession of the ball for most of the game. “We still fought to the end I think. We tried our hardest,” Song said. Song’s team eventually got the ball back, and Miller scored a quick two buckets for the Freshmen.

Even after Miller scored, and it was clear the Splash Brothers were running away with the game, they did not back down. Junior Kabir Grewal added on four points and Arkalgud slammed down a dunk to cap off the victory, causing cheers to erupt from the crowd that had gathered following the end of the game on the adjacent court. “I was under the impression that he would’ve gone easier on us,” Song said.

The Splash Brothers ended up beating the Freshmen + Wills 16-3, easily earning their spot in the Sweet Sixteen. “We were able to move the ball around and used our size inside to create mismatches down low. We also ran a lot of pick and rolls that led to a lot of easy shots,” Grewal said. The Splash Brothers will play again Wednesday, awaiting a winner of tomorrow’s game then.