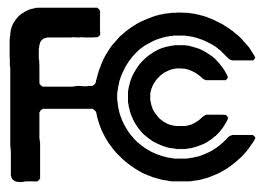 Many teenagers groan about slow Internet on a regular basis, whether they are using a phone or computer, social media or video content. But the recent court decision and new regulations proposed by the government regarding net neutrality could threaten to make all content much slower unless the content providers and customers are willing to pay.

Net neutrality is the idea that Internet Service Providers (ISPs) should not be able to interfere, discriminate against or block certain websites based on their preferences. The new rules proposed by the Federal Communications Commission (FCC) would allow ISPs to charge large content providers, such as Google or Facebook, for faster Internet connection and slow down the rest of the Internet. They would also be allowed to offer exclusivity to big websites in order to get customers to use their product.

ISPs claim that they are simply offering to give faster Internet to those companies and aren’t slowing down other content. They claim that it is unfair for all Internet users to pay for big companies that need more broadband, and this would fix that problem. But unless they are increasing infrastructure, they would need to devote more resources to speed up some content, therefore automatically slowing down the other content.

Small business growth, both in and outside of the technology sector, is dependent on the Internet. Companies will have slow and limited access to their content, and it will be more difficult to get off the ground.

The absence of net neutrality doesn’t necessarily just mean thinner wallets for Internet users. The ISPs can choose preference over certain companies, types of content and even political or social views that they don’t agree with. Forums that offer a voice to marginalized groups will be taken away, and even websites devoted to a certain political view could be blocked.

Enforced net neutrality, on the other hand, offers a different story. All the FCC has to do in order to maintain net neutrality is reclassify it. Currently, the Internet is an information service, which denotes little protection from the law. Changing it to a telecommunications service would allow the FCC to adopt net neutrality policies and enforce an open Internet. This means that all services are on an even playing field and no content is faster or more accepted.