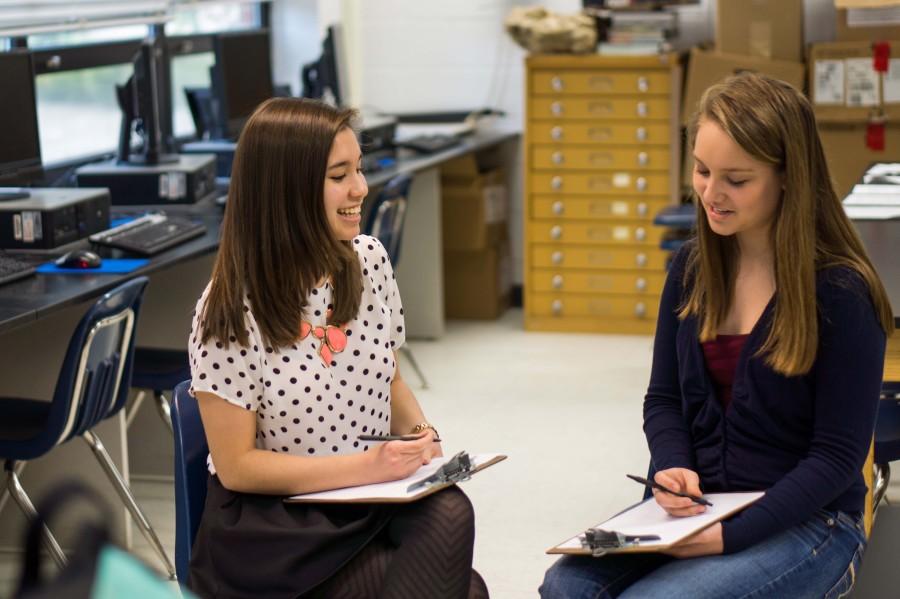 On May 12 and 13, Jefferson’s honor council held interest meetings during eighth period and lunch for prospective members.

The honor council is a panel of students that was formed by the administration at the beginning of the current school year. The members, sponsored by geosystems and math teacher Shawn Stickler and history teacher John Struck, assist in mediating between the victims and perpetrators of honor code violations. The entire initiative is centered on the concept of restorative justice, which focuses on repairing relationships and accepting responsibility for one’s actions rather than allocating blame and giving punitive sentences.

“Restorative justice is centered around who has been ‘harmed,’” sophomore Sophia Moses, a member of the honor council, said. “The restorative justice circles are discussions between the teacher, student and any other parties involved in the case and give the student a chance to reflect and understand how their actions impact the community.”

Currently, the honor council is composed of Moses, seniors Andy Holsten, Raeford Penny, CheyAnne Rivera and Joey Valery, junior Anant Das and freshman Kristin Myers. These students, who are all leaders in the Jefferson community, were handpicked by the administration. In addition, they attended an academic integrity workshop over the summer in preparation for heading the inaugural honor council.

“Next year, the honor council will continue to hold restorative justice circles and promote the honor code,” Moses said. “Future members will be trained, either at the end of this year or the beginning of next year, and then will begin serving as facilitators in circles.”

Students who wish to become members of the honor council must go through an extensive process. The mandatory interest meeting was only the first step. Candidates must also complete an essay detailing their qualifications, interests and intentions; obtain approval signatures from their teachers and counselor; and deliver a campaign speech before their class during class council elections on June 2.

Future honor council members are expected to be honest, trustworthy and open-minded, according to Moses. These traits will be encapsulated in the confidentiality agreement that every member must sign prior to serving as a facilitator. Honor council members must also be willing to devote several eighth period blocks, lunch periods, and JLC time to honor council affairs. Above all, candidates must be strict observers of the honor code.

“One of the most important qualities in an honor council member is that they hold integrity in everything they do, whether academically, socially, athletically, or in anything else,” Das said. “They are always striving to be that ethical role model.”

All of the present members believe that there are many benefits to be incurred from serving on the honor council. Although the members were originally skeptical of restorative justice, they are now in agreement that the entire experience is eye-opening and rewarding.

“My favorite part of being on honor council is being able to see the change in our community by giving students a second chance,” Moses said. “It’s important that they realize the severity of their actions to prevent them from committing an honor code violation again in the future.”

For more details on the honor council, visit the December and April print issues in tjTODAY’s archives.