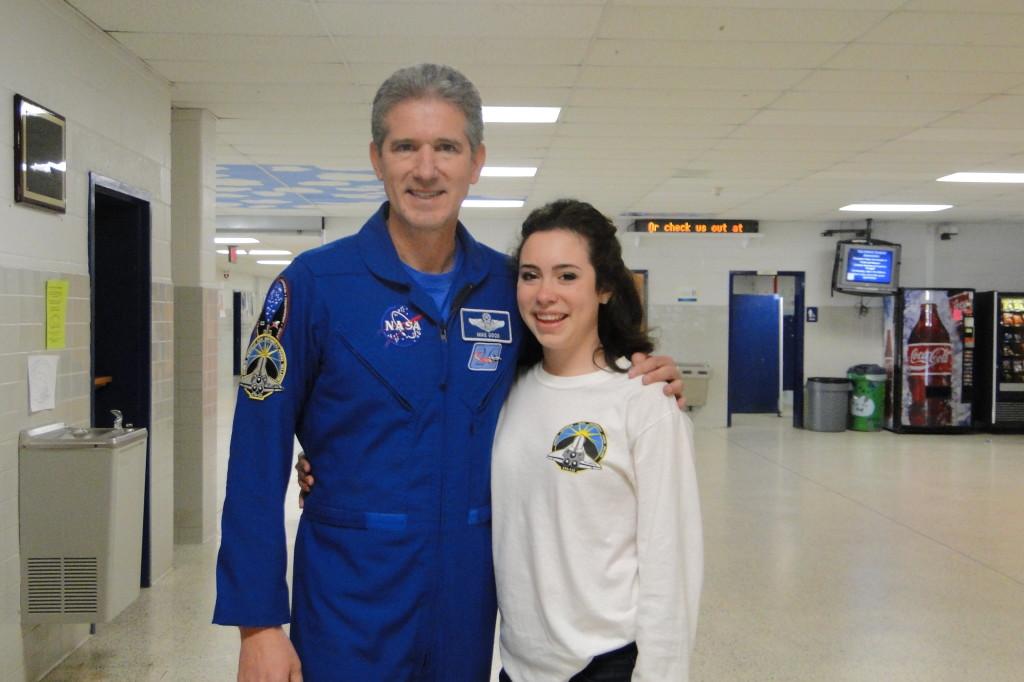 After lunch on March 29, the third period Astronomy class filed into the auditorium for a special lecture from NASA astronaut Mike Good. Good came to discuss his Space Shuttle missions to an audience that included his niece, senior Claire Egan.

“I worked on repairing Hubble, which is the connection for me giving this lecture to the Astronomy class today,” Good said.

Good was born in Ohio, and attended the University of Notre Dame for his undergraduate and graduate degrees. Good’s first mission was STS-125, the final Space Shuttle mission to the Hubble Space Telescope. His second mission was on the crew of STS-132 to the International Space Station.

In addition to talking about his missions, Good discussed what it’s like to live and work in space. When asked about the importance of his missions, the astronaut stressed how important astronomy can be for education.

“The Hubble is one of the greatest scientific instruments in existence. Both students and teachers can use the pictures it takes of faraway galaxies as a tool to learn about the universe,” Good said.