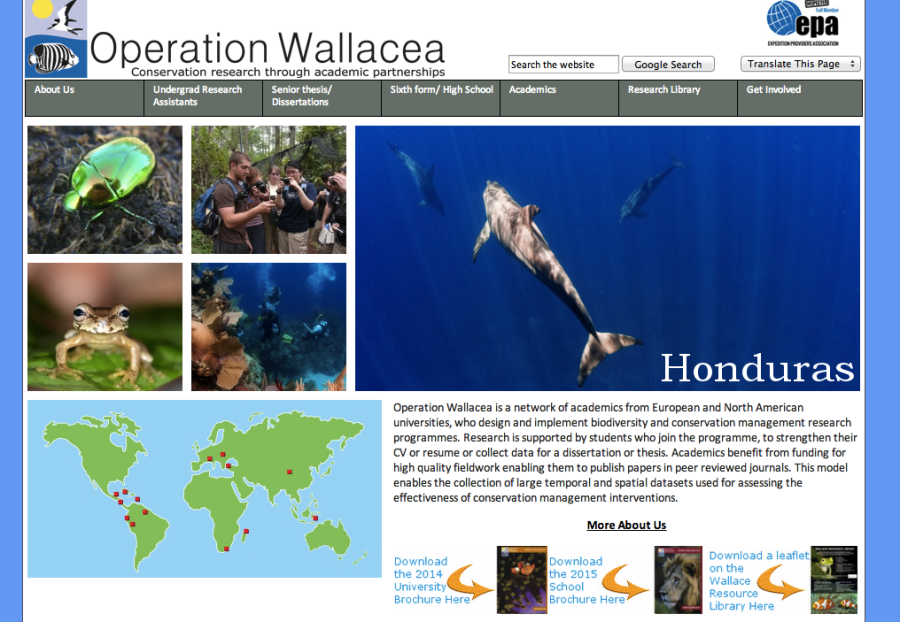 The 10 students will be traveling to Indonesia with Operation Wallacea, a research-based organization located on the Wakatobi Islands

After hearing about the impact humans have made on the jungles and coral reefs of one of the most remote places on earth, 10 Jefferson students decided that they wanted to make a difference by traveling to Sulawesi, Indonesia and collecting data to preserve the existing environment.

The team plans to depart on June 29 and return on July 23, traveling around the Wakatobi Islands for a total of three weeks. Traveling with Lisa Wu, the head of the marine biology department at Jefferson, most of the students on the trip will be focusing on marine research rather than jungle ecology.

“The first time I heard about the trip was during Ms. Wu’s marine biology class,” junior Coco Chen said. “I wanted to step into the Indonesian rainforest, dive in the ocean, discover new species and preserve biodiversity, and this trip offers endless opportunities and extremely valuable experience.”

The 10 students will be some of the first American high school students to travel to Indonesia with the Operation Wallacea program, a research based organization from the U.K. Jefferson’s team will be staying one week longer than the other schools traveling to Indonesia over the summer, in order to do more private research and data collection.

While on the trip, the students will get the opportunity to attend ecology lectures hosted by professors from Oxford University, as well as use the resources in Indonesia to do a research project of their choice. Students will also have the chance to spend the night in a tree in the rainforest, and become certified divers while onsite. Jefferson’s travelers will spend one week in the jungle, and two weeks on Operation Wallacea’s marine site.

While diving on the Wakatobi Islands, the students will be taught how to keep record of the marine species in the coral reefs. The idea is to conduct the same research every year on these species, in order to track the changes in the number or behavioral patterns of the species. In addition to high school student researchers, many college students majoring in ecology or marine biology are embarking on this journey to complete their dissertations or senior research papers.

“I think that any research conducted in the world will contribute to the bigger picture,” sophomore Chitra Kokkirala said. “However, I really want to focus on the biodiversity aspect of the research and the effect that humans have made even in remote places like these, as well as bringing more attention of the TJ community towards supporting wildlife.”