The new portable toilets offer no benefits for Jefferson 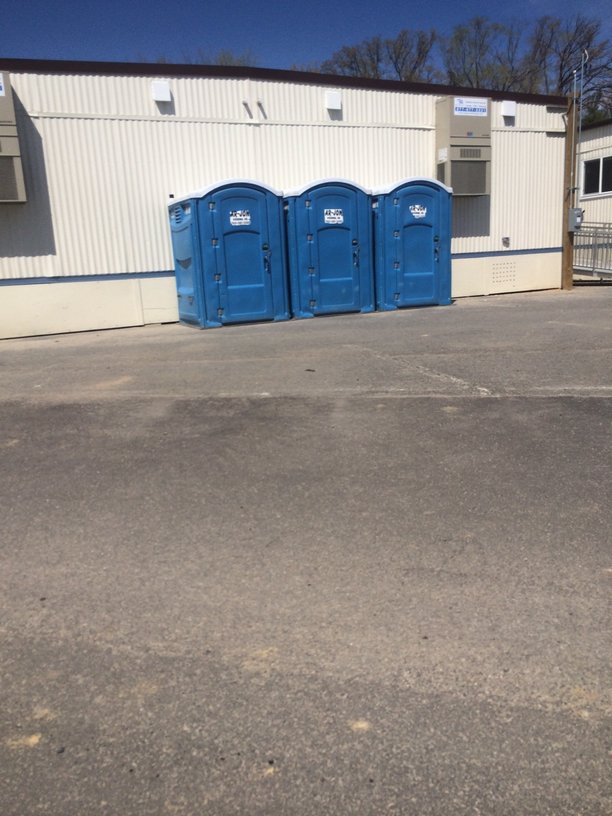 This past week, three portable toilets appeared near the trailer classrooms behind the school. While mystery surrounded their existence for the first few days, the situation has been clarified.  Two portable toilets have been designated for student use and the other for faculty use, a situation far too ridiculous and unnecessary.

While it seems that these portable toilets have been installed to decrease time out of the classroom, nothing suggests that they will be successful in doing so.  Students who roam the halls instead of attending class will continue to do so.  The two minutes saved from not walking to the building is trivial.

Most Jefferson students are unlikely to ever use the portable toilets.  These toilets are likely going to be unclean, odorous and uncomfortable. As the weather heats up, the situation is only going to intensify.  Frankly, a lot of students enjoy the walk to the building and will miss a few minutes of class, which can easily be made-up by asking a peer or the teacher a question.

The same goes for teachers.  Teachers should not be forced to use such unhygienic facilities and will likely choose to use the staff restrooms inside the building.

The uncleanliness of portable bathrooms is not just perceived. For example, Jefferson’s only have hand sanitizer instead of a sink and soap. But according to the Food and Drug Administration, hand sanitizers are not a sufficient replacement for soap. Additionally, as the waste is not able to leave until it is pumped out, further issues may arise.

This is not to say that the custodial staff is at fault.  In fact, they are some of the hardest-working individuals at Jefferson.  That said, they are not able to do things such as remove the waste during the day, as that must be done with pumps and trucks, nor are they able to help the fact that hand sanitizer is relatively ineffective.

While Jefferson students are, for the most part, very mature, the port-a-potties are also potential targets for vandalism and illicit behavior, both of which are often seen around portable toilets.

In the end, the portable toilets will probably end up being just a waste of money.  Few people are likely to use them and they provide essentially zero positive benefits to outweigh the negatives.