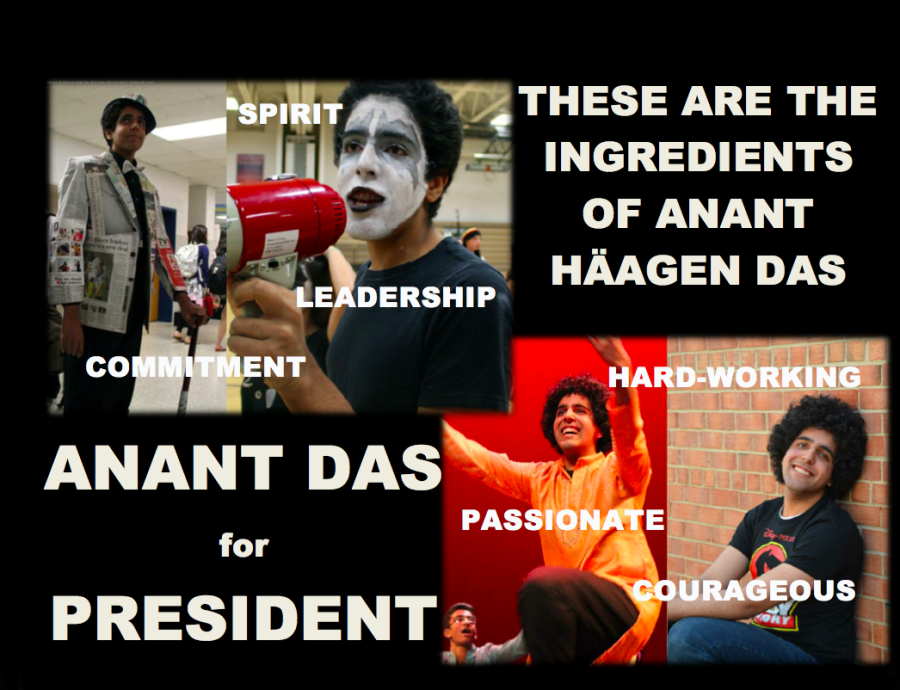 On May 2, results for the Student Government Association (SGA) and Student Advisory Council (SAC) were announced during eighth period A block.

Though Das will miss his prior position of president of the class of 2015, he is thrilled for the experiences he will gain leading the student body.

“I am super excited to serve as SGA President because it’ll be a new experience for me and will give me so many awesome opportunities to meet new people and impact the entire school,” Das said. “It’s a little bittersweet though, because I have loved serving the junior class as president this year and being involved with class council the past three years, and it’ll be really different to have to restrict myself during homecoming week to avoid a conflict of interest during the spirit competitions.”

Juniors Sreya Atluri and William Liu, sophomore Shohini Gupta and freshman Anshu Sharma are selected as delegates for the SAC, as they are required to attend mandatory SAC meetings and report back to the SGA and the school body.

“I’m so happy to be voted as delegate—the support of the TJ community means so much, and I’m so excited to be able to continue making an impact through my work,” Atluri said. “I will do my best to accurately represent the TJ community, and convey the opinions of the student body to the FCPS School Board.”

As leaders of the school, members of both the SGA and SAC are excited to implement their ideas for the next school year.

“As SGA President, I hope to continue with the initiative for international cafeteria options already under way by SGA, revolutionize homecoming with a new spirit competition, and really make sure students have a more streamlined way to voice their concerns because among all the renovations,” Das said. “There are bound to be some issues with the student body and I hope to work with them to help find an alternative or some sort of solution to their problems.”