Howerton will compete in Poetry Out Loud national contest 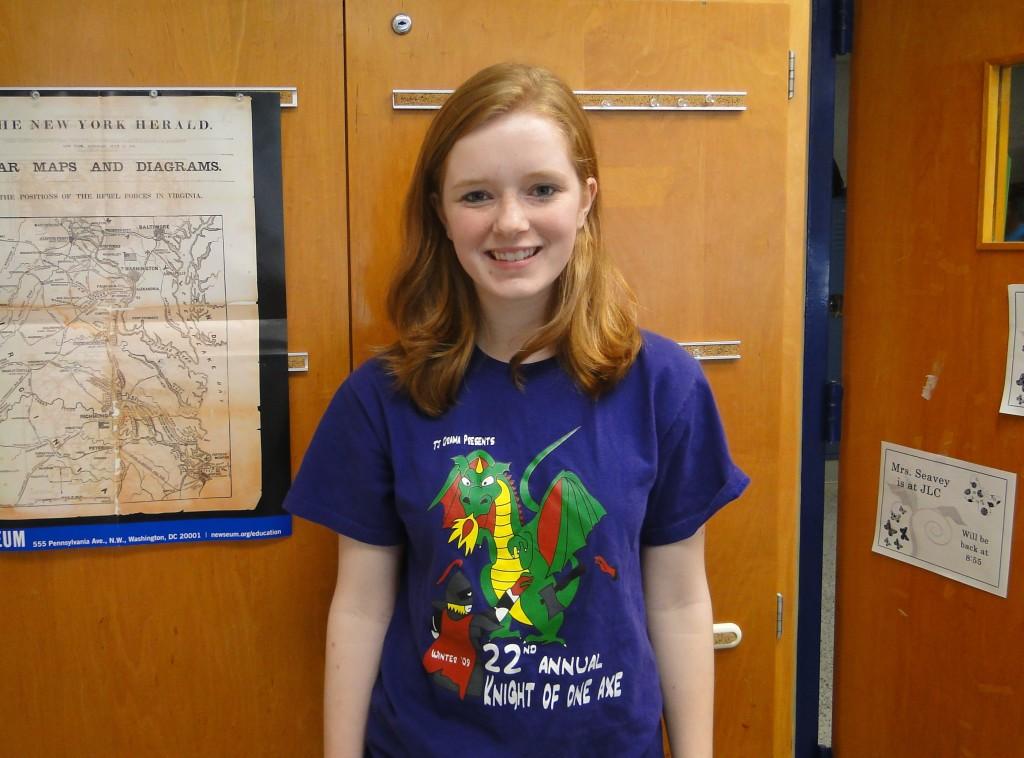 Ellen Howerton was astonished when the judges announced her name as Virginia’s Poetry Out Loud state winner. “I was so shocked,” Howerton said. “It was already humbling to make it to the final eight.”

The state competition was held on March 15 at the Empire Theatre in Richmond. Howerton, a senior, was one of 16 regional winners who were chosen from a pool of over 12,500 high school students in Virginia. She is now eligible to compete in the national final.

The Poetry Out Loud experience has become part of  Howerton’s  raison d’être. “I love being able to speak the poetry itself,” she said. “It sounds very simple, but that’s really the best part.”

Howerton began participating in Poetry Out Loud as a freshman. Last year, she won the school-wide competition, but was not able to make it past the regional competition to the state finals. This year, however, she will be traveling to Washington, D.C. to be a contender in the fiercely competitive national finals.

As a member of TJ’s chorus and drama programs, Howerton has plenty of experience with music and performance, which she attributes to her success with poetry recitation. In addition, she plays the violin.

“Her stage presence is hard not to notice, and she has this lilting voice that goes well with the poems she chooses,” Iorga said. “She is very insightful and talented, but I’m not sure whether her talent is intuitive or intellectual.”

Howerton’s state title is also significant because this is the first time a Jefferson student has made it to the national level. Jefferson has been participating in Poetry Out Loud since 2006, when the National Endowment for the Arts and the Poetry Foundation first established the program. Kathleen Ryan, a graduate of the Class of 2009, competed in the 2009 Virginia state finals, but she was not able to go on.

The national finals will be held May 13-15 in Washington, D.C., at the Harman Center for the Arts, where a total of $50,000 will be awarded to the competitors.