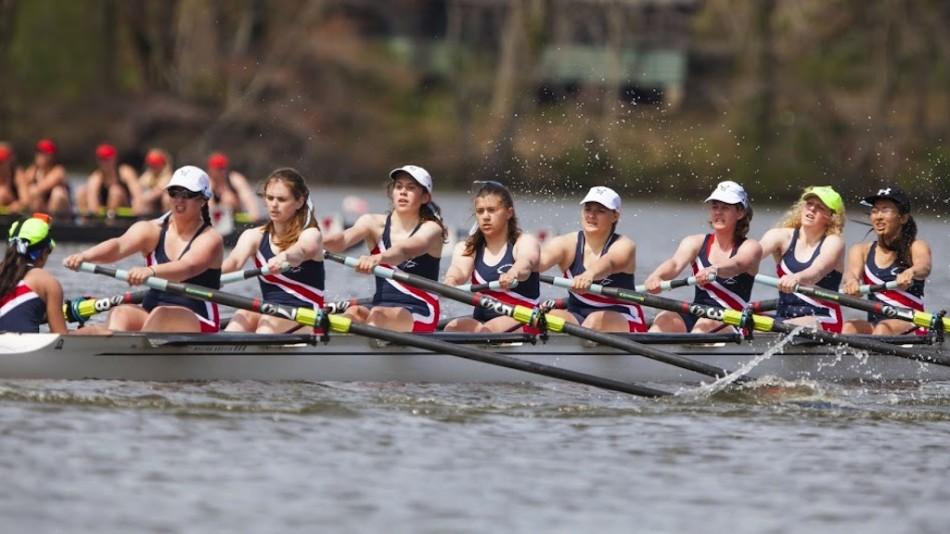 The women's first eight placed 19 seconds after Madison High School at the St. Andrews Regatta. At the Al Urquia Regatta, the boat placed only five seconds behind.

The team placed well in the heat races at the regatta, starting off the morning with a second place finish by the the men’s junior eight; they finished with a time of five minutes and 29.46 seconds. The men’s second eight followed directly after, taking first in their race with a time of 5 minutes and 3.9 seconds.

In between and before their races, however, many rowers had spare time on their hands to focus and prepare for the races of the day.

“My favorite part of the regatta was before the race, when we all raided the food tent and played cards in the boathouse,” freshman Christine Wang, a member of the women’s freshman eight boat, said. “Our boat has a lot of attitude, and I think we learned to put that into our oars. We didn’t give up when other boats came close, but rowed harder so we could pass them.”

The women’s first eight also experienced a significant achievement from last week’s regatta at the St. Andrews Regatta. Instead of finishing 19 seconds after the Madison High School first eight, the Jefferson boat finished a mere five seconds behind them at Al Urquia.

Because the St. Andrews Regatta took place immediately after spring break, a week in which the team met twice a day for extra practices junior Lily Wittle accredits the team’s improvement at Al Urquia to the increased rest time.

“I thought that the starting 500 meters of the race were a lot stronger at this regatta,” Wittle, the coxswain for the women’s first eight, said.

Despite the successes at Al Urquia, both the men’s and women’s teams are already working to prepare for the upcoming state competition: the Ted Phoenix Regatta, held on May 3 for lower boats, and the VASRA championships, held on May 10 for upper boats.

“We are planning on working on our sprint move before States,” Wittle said. “We haven’t pulled it off well in a real race, so our coach said we would experiment with some other things we can do.”