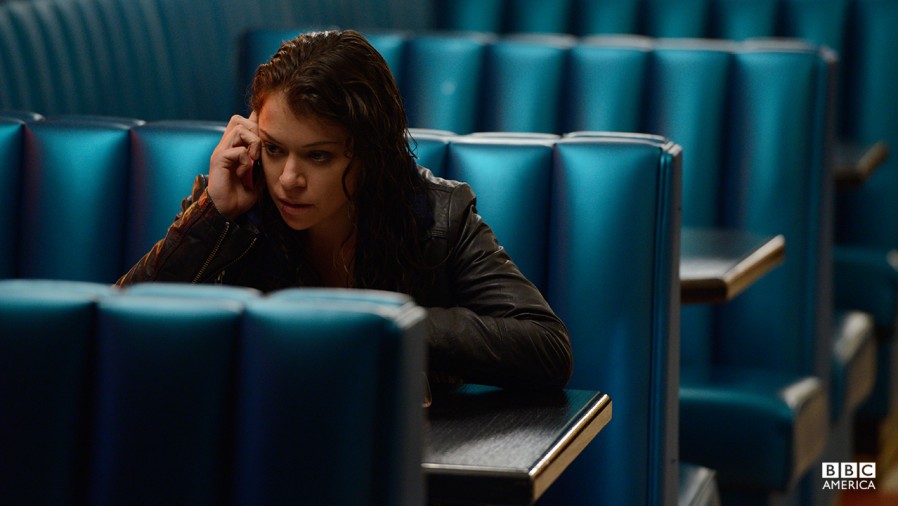 With an episode entitled after a key work by Francis Bacon, Nature Under Constraint and Vexed, unlike the those of the previous season which were all taken from Charles Darwin’s On the Origin of Species, this new season of “Orphan Black” is sure to have many twists and turns just like the past season. The premiere of the second episode airing on April 19 on the British Broadcasting Corporation (BBC) proved to be just as elaborately planned and wonderfully performed as all the episodes of the previous season.

The show begins with Sarah (Tatiana Maslany), a streetwise hustler on the run from a lifetime of bad decisions, witnessing the suicide of a stranger that looks just like her. Curious as to who this mysterious mirror image of herself can be and seeing an opportunity to gain wealth from the dead woman’s bank accounts to solve her problems, Sarah steals the woman’s purse and flees the scene. However, instead of creating a new life for herself with her daughter far away from her current life with Beth’s (Tatiana Maslany) money, Sarah is confronted by a kaleidoscopic mystery and finds herself caught in the middle of a deadly conspiracy. With the rest of the season providing many interesting plot twists and incredible events, the new season showed promise for the show – potential has definitely shown through.

The BBC America sci-fi series maintains its brisk pace and excellent blend of suspense and humor as the story of Sarah and the other women who share her appearance and DNA attempt to fight the force that is killing them off one by one. Whether the soccer mom like Alison Hendrix (Tatiana Maslany), a nerd like Cosima Niehaus (Tatiana Maslany), or a German woman shot in the back of Sarah’s car like Katja Obinger (Tatiana Maslany), these clones who are being killed off by their creator who illegally produced human clones, must work together to stop the conspiracy and save their own lives.

Showcasing once more the incredible talents of actress Tatiana Maslany as she performs the roles of several women throughout the episode, “Orphan Black” shows definite promise for its fans this season as the show maintains the level of acting, creates more incredible plot twists and cliffhangers, and uses necessary humor to show the sci-fi story.

The perfect balance of sci-fi and character study and comedy, and an eagerness to keep the plot moving as swiftly and efficiently as possible, “Orphan Black” is by far one of the best shows currently airing on BBC. I look back to the first season and can almost imagine an equivalent show airing on FOX or CW taking half a season for Sarah to discover that she, housewife Alison, scientist Cosima, cop Beth, assassin Helena and the rest of the lookalikes were all clones. Instead these stations would simply devote an entire season to Sarah impersonating Beth while evading the suspicion of her coworkers. Creators Graeme Manson and John Fawcett, however, gave the clone information quickly and immediately moved on with plot to introduce half a dozen other crazy story ideas and characters to the show. The way that BBC maintains the fast pace and keeps the audience’s attention throughout the entire season is something that many other current shows lack and what makes “Orphan Black” such an incredible show to watch.

Fortunately, “Orphan Black” didn’t need lowered expectations to impress me yet again with an action packed and thrilling premiere. The quality of the show remains at its peak and this season definitely promises more clones, cliffhangers, and crazy conspiracies. With a whole season ahead, one can only wait for the next episode to air and enjoy themselves through the twisted ride.