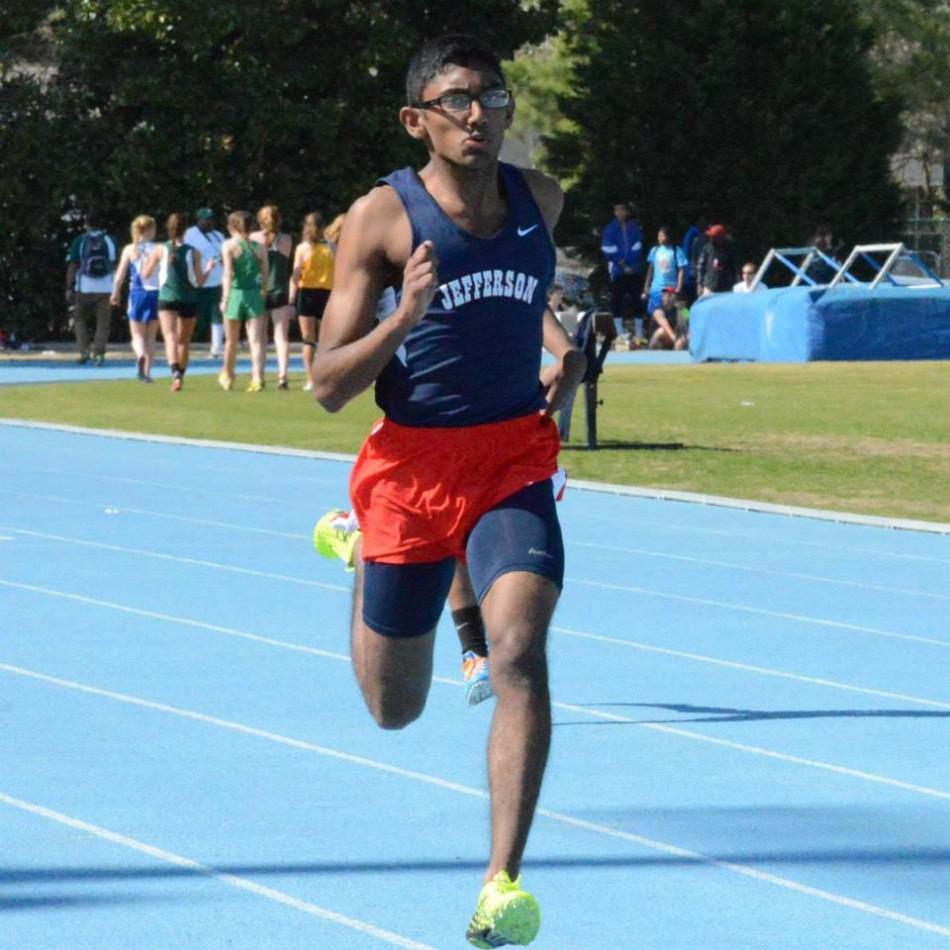 Senior Muthu Chidambaram races to a third place finish in the 200-meter dash. He also won the triple jump.

Well-equipped with movies for the long bus ride and healthy food for late-night and pre-meet snacking, the pajama-clad track and field team departed from the school building on the morning of April 4 for their first overnight meet.

The boys’ and girls’ teams competed in the Blue Division, and both finished in 10th place. Individually, several athletes also had outstanding performances.

“Despite feeling nervous since it was the first overnight of the season, I did pretty well,” senior Muthu Chidambaram, who won the triple jump and finished third in the 200-meter dash. “I believe we had 35 personal records (PRs) at the meet, which indicates a strong start to the spring season.”

Other athletes who scored for the team by placing in the top five for their events included: juniors Stephannie Chen and David Hu in the triple jump, junior Emily Moschella in the 800-meter run, junior Kate Salamido in the 1600-meter run, senior Christine Mayuga in the 3200-meter run and the girls’ team in the 4×800-meter relay.

The distance team, in particular, has been doing an impressive job. After just two invitationals and one league meet, seven boys, four girls and one relay from the distance team have qualified for the conference championships, also known as Districts, which will be held on May 13-14.

“I speak for the entire leadership of the team when I say that we’re excited for Districts,” Simon said. “We’re hoping to get over 10 guys qualified in the mile; the race should be a sea of TJ jerseys.”

However, the entire team is experiencing nearly unparalleled success for so early in the season, as a total of 26 athletes and one relay have qualified for the conference championships. With a new conference and new standards, the team looks forward to more strong showings for the seven meets that are left in the regular season.

“I think the team as a whole would like to have as many of our runners qualify for Conferences, Regionals and States as possible,” Chidambaram said. “After our strong showing at CNU, I’m fairly confident we can overwhelm the competition in our conference.”