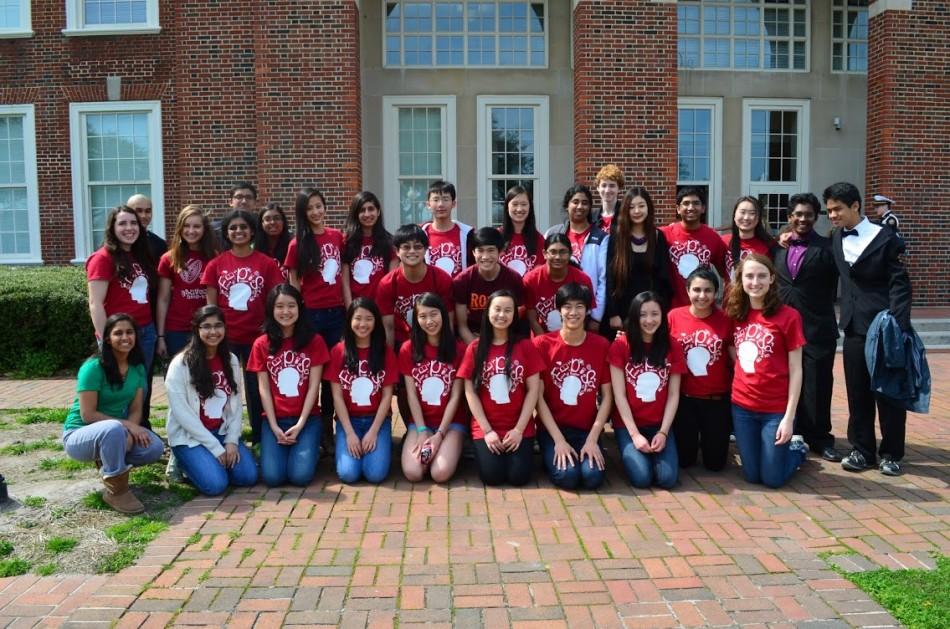 From April 4 to 5, Jefferson’s Future Problem Solving (FPS) teams have competed at the State Bowl, which was held at Granby High School in Norfolk, Va. Three teams qualified to advance to the International Conference, which will be held at Iowa State University from June 12 to 15.

“I was actually really surprised that we won, because although I thought we did really well, there were many other very experienced teams at the competition too,” Christina Zhao said. “I was just really happy, not only for our win, but also for our other teams who did extremely well too.”

In addition, a team called the Nerdy Ninjas, comprising of freshmen Sania Ali, Rayana Matin, Raquel Segueira and Jessica Wang, received first place in the middle division and will also compete in the International Conference.

FPS is a unique club at Jefferson that focuses on solving issues found in society through written ideas, solutions, acted-out skits and a plan. According to Chen, one of the hardest components to finding a solution is the time restraint.

“It’s quite difficult to complete the packet in two hours even with four people,” she said. “I had to learn how to think critically and quickly and how to transform my thoughts into words under pressure.”

However, she and the rest of Perky Picachus were able to overcome this issue by preparing diligently.

“In addition to familiarizing myself with the basic FPS steps, I also read Land Transportation related articles, and reviewed judges’ feedbacks on our Qualifying Problem packet,” Chen said.

Christina Zhao faced an issue in her team when one of the original members was absent and Moradi filled in.

“I was a little bit worried in the beginning because we’ve never worked with her before and I didn’t know if we would work well together,” she said. “We basically just talked about our plan for during the competition, like who was responsible for what parts and how we were going to do each part. There weren’t really any big problems.”

In the end, they were able to cinch the first place win.

Currently, FPS is working hard to continue their success, especially those advancing to the International Conference, by promoting the club and increasing outreach.

“My future goal is to expand the club to an even larger size and also to double back over our fundraising efforts, such as bake sales and car washes,” Aaron Zhao said. “Looking forward, I hope to prepare this group for J-Day and even 2016, in which we will likely be hosting the State Bowl at TJ.”