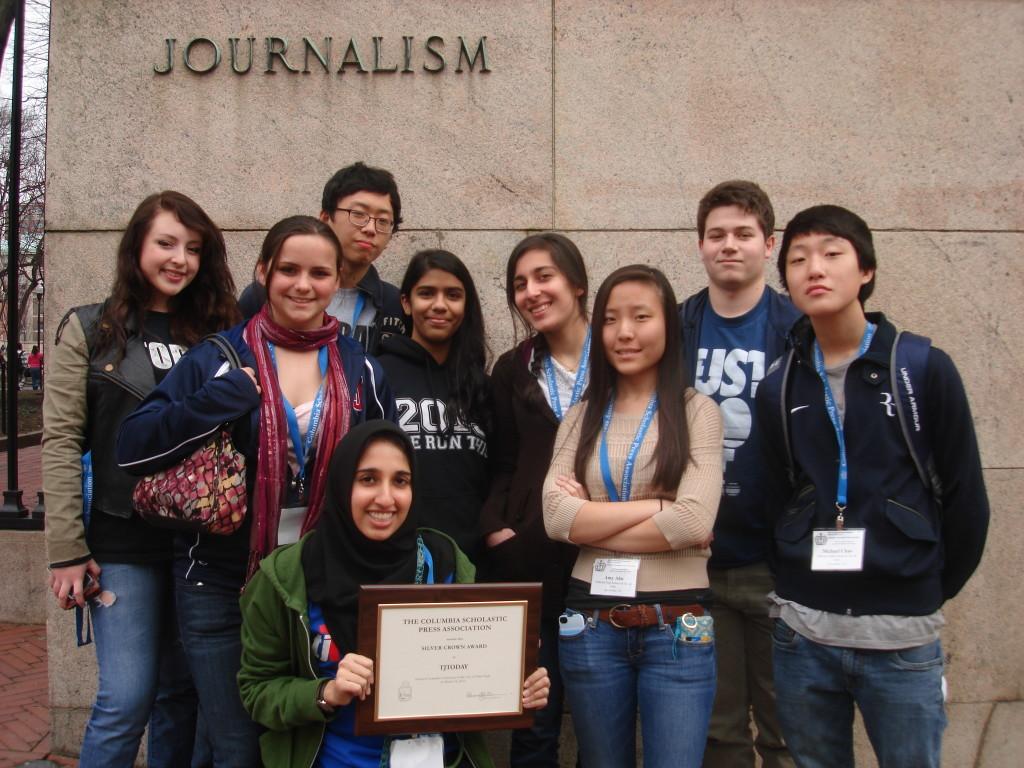 College students may be away from school for Spring Break, but Columbia University’s campus was far from empty this past week. From March 14 – 16, high school journalists from over 100 schools gathered there for the Columbia Scholastic Press Association’s (CSPA) 88th Annual Spring Convention.

The convention featured a number of workshops for both students and advisers from school newspapers, yearbooks and magazines. The workshops, headed either by journalism educators or professional journalists, ranged from discussions on ethics to demonstrations on how to use Adobe InDesign.

Yearbook staffers from Techniques and tjTODAY reporters  attended the convention. In addition to learning from the workshop leaders, they also had some time to explore the New York City – including Times Square and the new 9-11 Memorial at Ground Zero.

The tjTODAY staff also attended the awards ceremony on Friday. The awards ceremony, unlike the workshops, is exclusive to Crown finalists. The Crown is a prestigious award reserved for the best publications across the country. There, the newspaper staff was presented with a plaque to commemorate their Silver Crown.