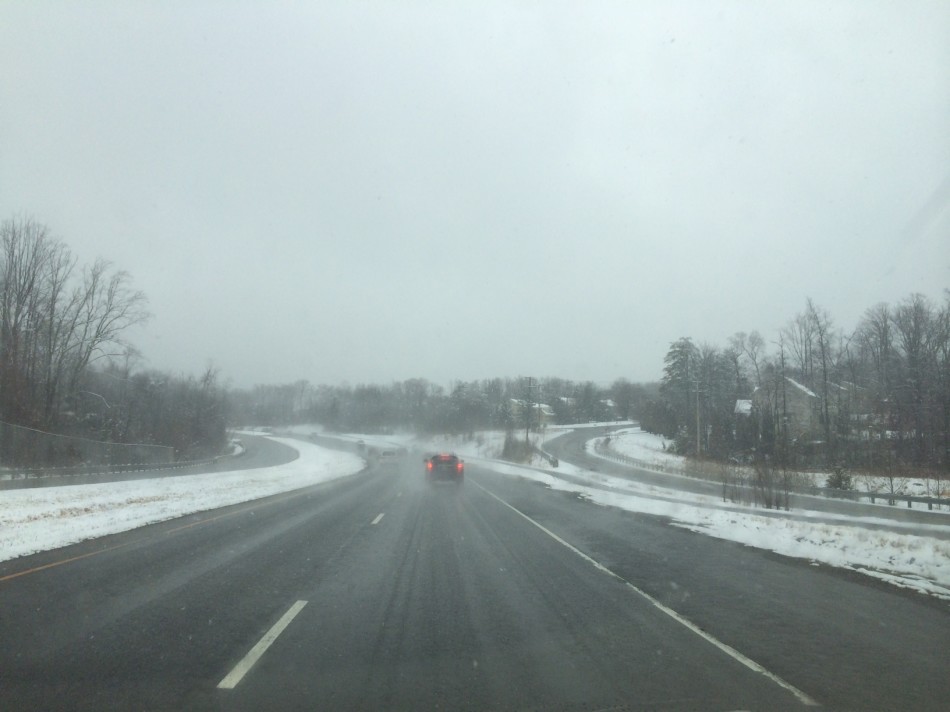 While March 25's snow did not stick on the roads, visibility was reduced and pavement was slick.

As yet another snowy day comes, goes and sees a full day of school for most jurisdictions, the sensibility of deciding whether to close schools clearly no longer lies in the country administration.  Instead, the decision to keep schools open is a result of the Virginia Department of Education’s (VDOE) requirement of 180 school days or 990 hours of instruction, with no if’s, and’s or but’s about it.

With Many school districts are now required to make up lost time after experiencing over 10 snow days this winter and countless two-hour delays. Fairfax County Public Schools (FCPS) has already taken away student holidays and extended the school year into the summer.

FCPS is now in a bind.  Any further loss of class time due to snow must be made up.  Last week’s storm, which dropped over eight inches of snow on some parts of the area, was an obvious call.  However, conditions like those experienced today create dangerously low visibility and slippery roads, which result in students being sent to school in potentially treacherous conditions.

School districts are still deciding what to do to counteract this abnormally snowy winter.  Adding time to school days presents benefits and drawbacks, as do extending the school year and every other potential solution.

With that in mind, the VDOE should rethink its policy regarding snow cancellations.  The first five days under the minimum must be made up, with no question.  Following that, the school district can apply for a waiver from the State Superintendent of Public Instruction.

Essentially, this means that either up to five days must be added to the mid-summer, post-AP exam end of the school year, or students must face even longer school days.  Both of these solutions likely add little academic benefits for teachers and students, and show the bureaucracy that dominates state-level education.

In cases of extreme winters such as this one, the VDOE should rethink its policy.  They should allow appeals for waivers to be made starting with the first makeup day.  If this becomes the case, schools are much less likely to keep schools open during dangerous weather and do not have to add arbitrary time to the year.