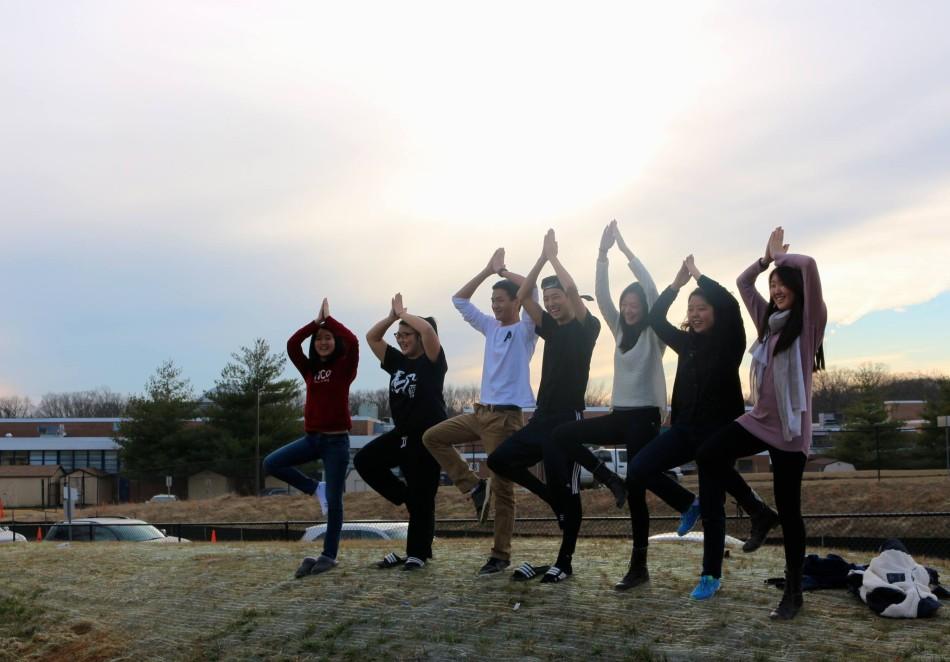 Armed with cameras and an eye for finding the extraordinary in an average school day, the photographers of Humans of TJ (HOTJ) are perpetually ready to show off the unique Jefferson community with creative photographs and thought-provoking questions.

And the response has been positive. The Facebook page for HOTJ received 1,000 likes on March 12.

“It was incredible to see that we had reached 1000 likes, because it showed us that we are getting our word out and reaching our goal of displaying how unique our school is,” sophomore Aly Luckett said.

“I really wanted to give students’ quirkiness, personalities and convictions a chance to be exposed and provide a venue for students to notice other Jefferson community members that they may not otherwise in the hustle and bustle of a busy day,” Das said.

This year, however, Das and Park have expanded the group to include an Executive Team, consisting of juniors Sandy Cho, Ellen Kan, Susie Lee, Stav Nachum and Helen Zhang, and a newly created Core Team of underclassmen photographers that include Luckett and sophomores Shritika Dahal, Will Ryu and Andy Zhao.

Though photographers of the Executive Team have privileges to post photos on Facebook, members of the Core Team are just as involved and experienced in the process of taking photos and interviewing the community, especially since Luckett, Ryu and Zhao are also involved with yearbook.

“I don’t think it’s as much about the photo that makes it HOTJ-worthy, although it is important to capture the event and visual aspect, but more the quote. There are so many ‘ordinary looking’ people at TJ, but they all have a story and our goal is to capture that story,” Luckett said. “Since I’m on the yearbook staff, I’ve conducted many interviews, so I usually use the skills I learned from that to ask my questions.”

Rather than focusing solely on taking good pictures, members approach their subjects from a unique angle, asking interesting, HONY-style questions such as, “If you could define your life in one word, what would that word be?” and “If you could give advice to a large group of people, what would it be?” to draw a good story.

“Questions always depend on the situation, and it’s also a matter of guess and check in a way. You always have to guess which questions would pull out an interesting story, while making sure that it stays relevant to the photo,” Ryu said. “I think overall, a good HOTJ-worthy photo is one that not only captures the life of an individual student, but at times also that of the general TJ population.”

In addition, all the photographers are very involved in the uploading process, discussing when photos should be posted and offering advice to each other. Currently, photos are uploaded to a Google-Shared PowerPoint for the staff to look through. After photos are approved by either Das or Park, an Executive Team member can post the picture.

“As our staff becomes larger, students will be promoted at the end of the year to the next team level based on dedication and experience,” Das said. “For example, everyone in our Core Team this year will be promoted to Executive Team next year and will have posting privileges as well. However, other than that, all staffers have the same role and importance.”

Despite the many accomplishments throughout the year, staff members are excited to continue showing the beauty found at Jefferson.

“My goals for this group are to continually extend our audience to a substantial population outside of the TJ community, because in a sense, our page truly describes what life at TJ is really like,” Ryu said. “We’re not always geeks or nerds reading textbooks all the time and I feel that HOTJ can show the public the cultural bond existing within TJ.”