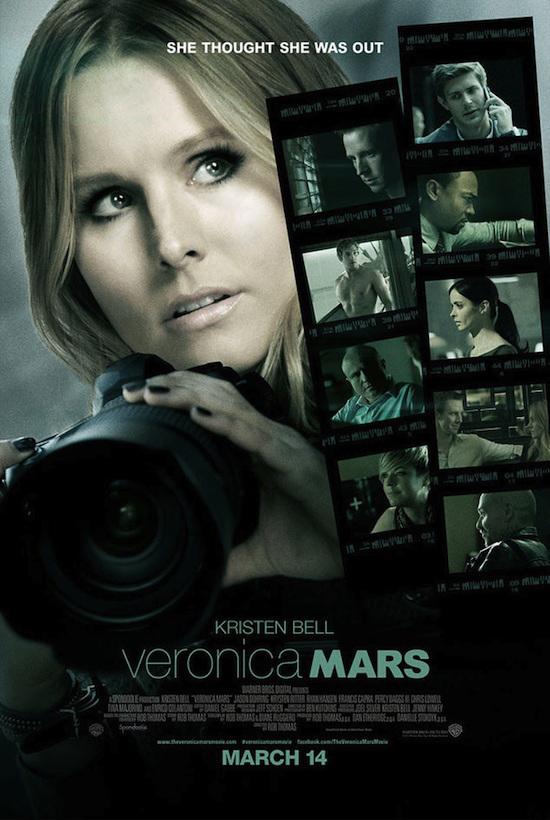 "Veronica Mars" fans contributed over $5.7 million to create a movie from the beloved television series. Photo courtesy of www.theveronicamarsmovie.com

My best friend Andrea is obsessed with “Veronica Mars.”

This isn’t an exaggeration, either. In elementary and middle school, while I was binge-watching “Bones” to revel in the attractiveness of David Boreanaz and so I could have something to talk about with my long-time crush, Andrea watched “Veronica Mars” on what seemed like a constant loop, even though the show had been long been pulled from the air. So when she got word that the new movie would be released, she was ecstatic, and then proceeded to rewatch the entire show, trying to convince me on a daily basis to start watching the series. I didn’t budge, and boy, do I regret it.

“Veronica Mars” ran on the CW network from 2004-2007, following a teenage sleuth (Kristen Bell) as she solved the mysterious cases in her hometown of Neptune, California. In 2013, long after the cancellation of the series, a Kickstarter campaign was launched to attain $2 million to produce a full, feature-length film. In less than 10 hours, fans and contributers donated over $2 million, eventually accumulating over $5.7 million.

For the convenience of other “Veronica Mars” newbies, a short sequence is played in the beginning of the film so that viewers are familiar with the character of Veronica Mars, her backstory and her relationships, as well as detailing what happened during the nine-year hiatus. This reel certainly helps a lot, but new viewers can often feel somewhat confused when inside jokes occur–one of the most notable being the reference to a “marshmallow.” I still don’t really understand what the reference means, but it didn’t take me out of the film.

Like with every teen movie, there’s a love triangle between the protagonist and two males. In this case, Veronica has been dating and living with Piz (Chris Lowell) in New York City for some time now, but of course, when she’s called back to Neptune, she re-kindles the flame with her ex-boyfriend Logan Echolls (Jason Dohring). Logan makes a striking first impression in the film, docked from head-to-toe in Navy dress whites. Most of the movie focuses on Logan and Veronica, not Piz and Veronica, and Piz’s vanilla personality makes his scenes much more boring than the ones with smoldering Logan in them. Andrea tells me that Piz’s character is much more developed in the actual television series, however, so I’ll have to check out how the love triangle really came to be.

The movie has elements for every kind of fan–pop culture references, celebrity cameos, romance, mystery and murder are plentiful. To be frankly honest, the body count is a little too high for my taste, but that’s expected in a murder-mystery thriller. Most of all, the movie has well-developed characters, and a gripping storyline that just makes new fans want to know more about Neptune, California.

I may not be the biggest “Veronica Mars” fan out there, but the film certainly introduced me to a fun and intriguing series. I’ve definitely found my new show to binge-watch–in fact, I’m already 10 episodes in.