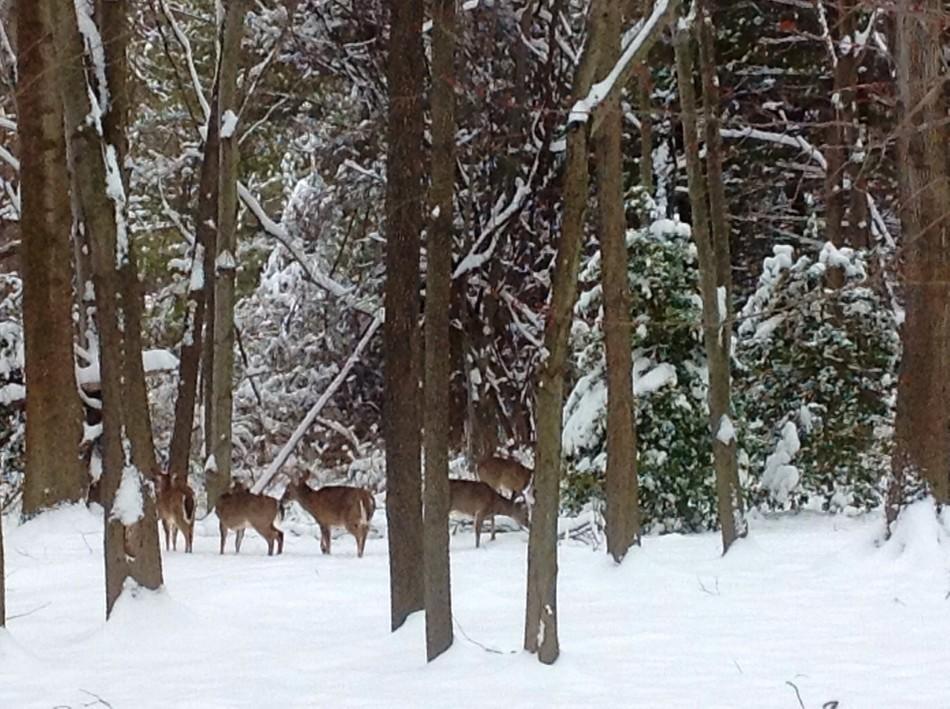 Taken in Vienna, Va. at 1:00 p.m., the level of snow had already reached just over four inches.

Halfway through March, spring seems nowhere in sight. Due to unsafe road conditions caused by the one to four inches of snow which fell across Fairfax county last night, as well as the four to eight inches expected to fall on March 17, Fairfax County Public Schools (FCPS) closed its doors for the 12th time this winter.

Twelve cancellations, not including the countless times FCPS has announced a two hour delay or cancelled after school activities, is quite a large chunk of time off of school compared to the previous few winters. In the winter from 2012- 2013, FCPS cancelled school primarily to the large amounts of rain that fell on the oddly warm Northern Virginia area. This winter, however, FCPS has decided to cancel school more than once due to the polar vortices and cold snaps in the area as well as the abnormal amount of snow.

“Compared to that one day when school was opened even when the roads were dangerous, I think it’s good that schools were closed today,” freshman Arad Jain said. “But we’ve had too many snow days, and it’s getting kind of boring.”

High school seniors are exempt from the extended school year days due to their dates of graduation. Because the graduation ceremonies for seniors cannot be rescheduled at the end of the year, they will remain on the original date and seniors will not have to attend school after the ceremony date.

“It feels great to not have to make up the snow days, and it honestly seems a lot more fair because the seniors this year are graduating so much later than most other seniors,” senior Priyanka Nair said. “However I’m very much ready spring because I think we’ve reached the maximum number of snow days we can have for this year.”