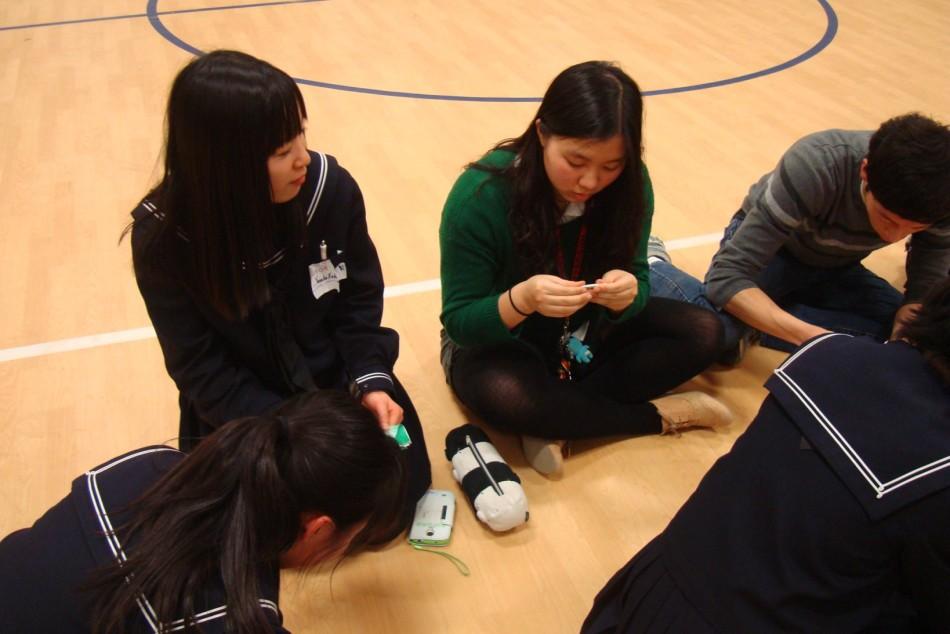 Students from Fujishima High School visited Jefferson for one day on March 14, in which they presented Japanese culture and their scientific research to Jefferson students.

Students dressed in dark blue uniforms with distinctive white stripes laughed heartily as they began crafting colorfully adorned paper into an origami. The students, who are from Japan’s Fujishima High School, visited Jefferson on March 14 to showcase a diverse array of unique Japanese culture during both blocks of eighth period.

The visit, which has been a tradition for Jefferson and Fujishima High School, consisted of a morning in which the Japanese students observed American classes and an afternoon in which they presented a unique project to the Jefferson students. The presentations ranged from basic factoid of Fukui, the location of Fujishima High School, to science research studies, which reflected the school’s high reputation in academics and sciences.

“It was interesting to learn about Japanese culture from people who actually live in the country,” sophomore MinJoo Kang said.

Koji Otani, the Japanese teacher at Jefferson, organized the visit of the Fujishima High School students. In addition to the one-day visit, the Japanese language department has recently hosted a variety of programs this year, including the exchange program with Chiben High School from March 1-March 23.

Jefferson students currently enrolled in Japanese hope to develop a more comprehensive insight of Japan, not only of its language, but also of its traditional culture.

“Foreign exchange leads to deeper understanding of other cultures and a more open-minded approach of one’s environment,” senior Emily Zhou, the president of Japanese National Honor Society (JNHS), said. “Taking the time to understand a culture that is very different from our own is like learning any other subject—knowledge is power.”