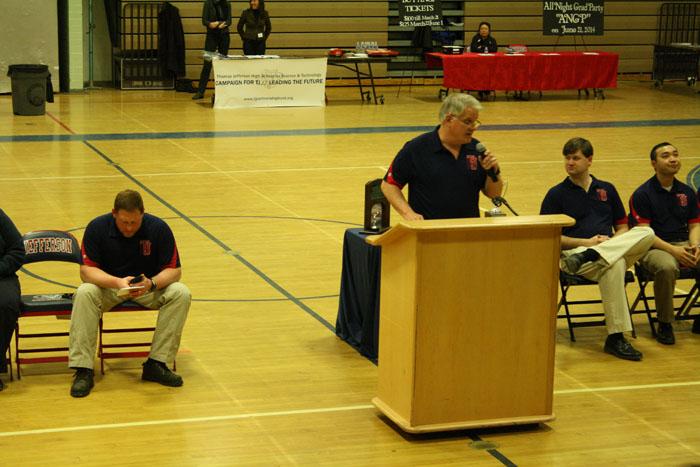 The banquet started with refreshments, which were followed by speeches and awards from Hodges along with athletic trainer Heather Murphy, Colonial Athletic Booster’s Membership Chair Dianne Forburger and physical education teacher David Gardziel.

Many teams were celebrating amazing seasons, including the dance team, who won their first ever first place finish in team history and the swim team, which finished second at states. Swim and Dive was also recognized at the banquet for being conference champions for both girls and boys.

“It was really great to end the season with our first win, and to hear it being acknowledged at the winter sports banquet,” freshman Selina Cheng, a member of the dance team, said.

After the formal ceremony, teams split up to do individual awards and celebrations with their respective coaches. Although every team did this ceremony differently, all teams gave out awards for honor roll athletes, those who maintained a 3.5 or higher grade point average while playing a sport.

“The sports banquet was a glowing example of the wide range of successes TJ athletes had during the winter season,” junior Joseph Doran, who is on the swim team, said.