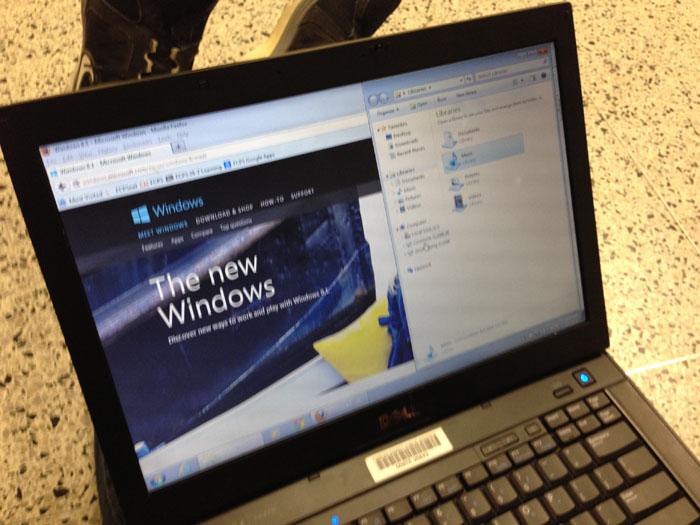 For students at Jefferson, having a computer is especially important for academic success. But in today’s world of technology, finding the right software can be difficult.

The current version of OS X is Mavericks. OS X focuses on ease of use and functionality. With a clean and simple interface and rich integration of multi-touch trackpad gestures into the operating system, users can effortlessly navigate their computers. However, compatibility can sometimes be an issue. The school computers use Windows computers, but some programs students use at school are not available on their Macs. However in recent years, popular software such as Microsoft Office has been made available.

The most up-to-date version of Microsoft’s successful line of operating systems is Windows 8.1. With new computers coming out with touchscreen capabilities, the new OS is designed to take advantage of this new technology and heavily integrate in everything you do from surfing the web to playing games to watching movies. Another plus is the fact that most of Jefferson’s computers run Windows, so compatibility is ensured.

Mac OS X and Windows are by far the most popular operating systems and without doubt the two are compared a number of times.

“Although OS X is great for daily computing and very easy to use, Windows remains far more useful for power users for a variety of reasons including a plethora of useful shortcuts,” sophomore Risheek Rajolu said.

Linux is aimed towards users who want to have full control over the operating system. With the ability to customize almost everything, it can be a little overwhelming. However, it is open source and free, also making it a popular choice as a secondary operating system. Similar to Mac OS X, compatibility can be a problem.

“I think that Linux is a really good operating system especially because it’s able to introduce new users to Linux and I feel as though once many people try it and get interested in it, they’ll like finding out about all the unique things,” computer systems tech lab admin sophomore James Woglom said.