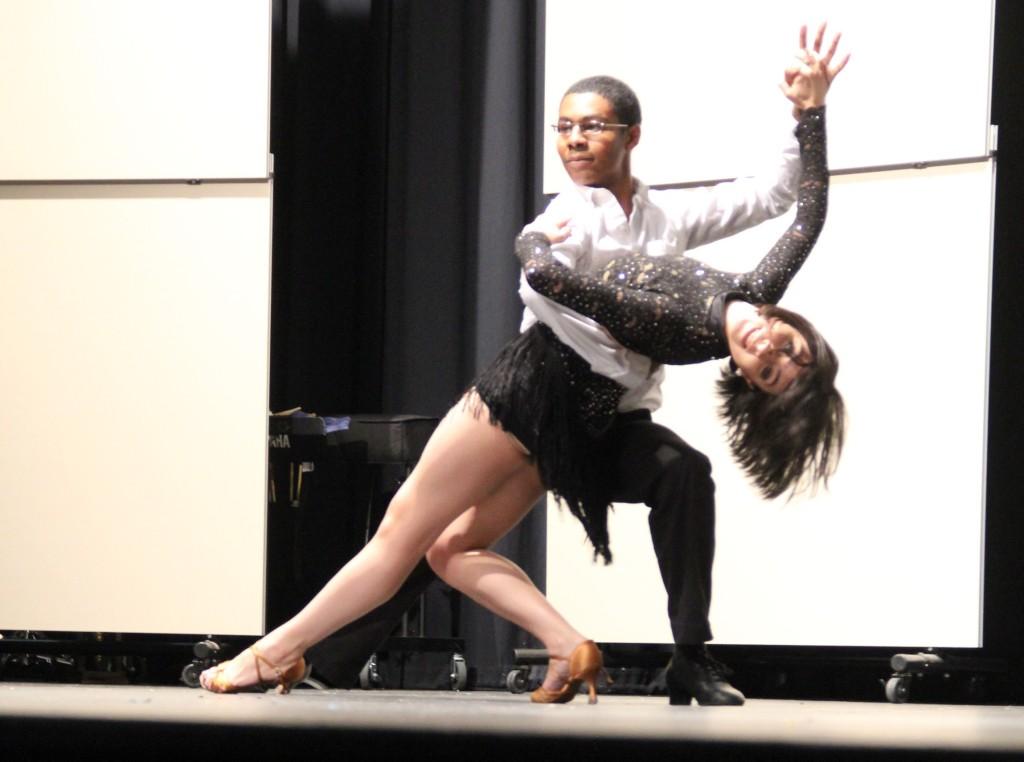 The audience clapped wildly, applauding the members of the Yale Ballroom Dance Team performing on stage.

The team visited Jefferson on March 7. During A Block, couples performed several different dances, including a samba, waltz and tango, in the auditorium.  Then, the team took to the gym to teach students the ins and outs of dancing.

The stop was part of the team’s annual spring tour.  The tour is organized by tour manager Christopher Logan, who chose Jefferson because of the already existing ballroom dance club and partially at the urging of 2010 graduate Kimee Moore.

“We’ve been working so hard that this is just a big shot of adrenaline for us,” Spanish teacher Margaret Gendive said.

Gendive hopes to organize similar events in the future.