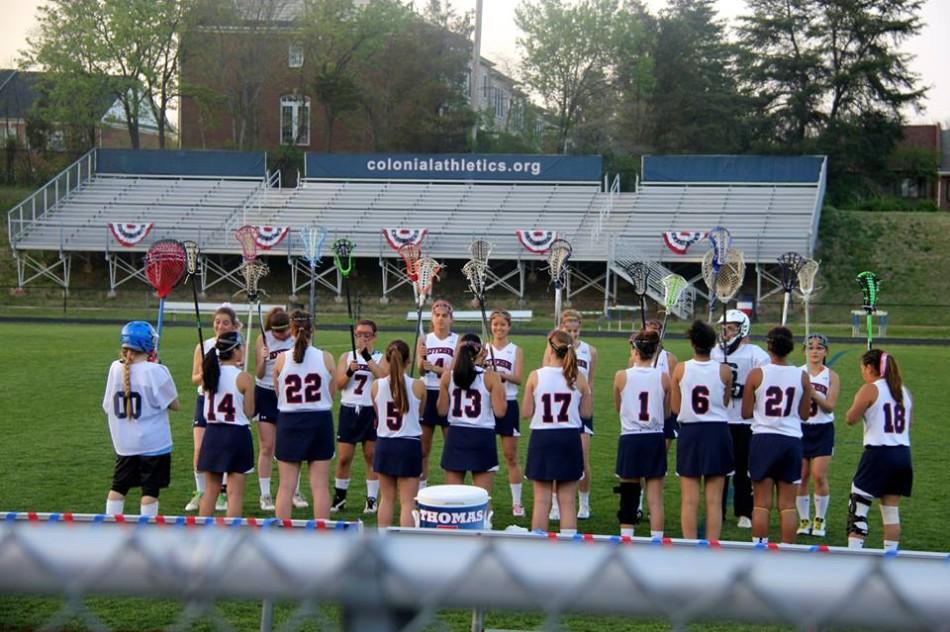 Throughout the week of Feb. 24 through Feb. 28, the girls’ lacrosse team held their tryouts for both new and returning players. As they did various drills, held scrimmages and ran numerous sprints, the returning players got a chance to see their new teammates and bond with them over the sport.

“We had a lot of talent trying out for lacrosse this year,” senior Quinnlan Sweeney said. “We had a great showing from the freshman class especially. Even though many of them have never played before, they were already picking it up very quickly and merged into our team that already has several very talented returning players that help the program to succeed.”

With the athletes leaving their hardest work on the field, the returning players believe that even though they lost some strong players who graduated last year, these new recruits show promise and make them believe that they will, in fact, be just as good a team as they were last year.

“The first thing I noticed at tryouts was that there were a lot of talented freshman, which is different than last year when we only had one freshman on varsity and the year before when there were none,” junior Sage Teasley said. “I think we are starting off the season with more intensity than we did last year, even though we lost some valuable players.”

Due to the snow and students participating in various International Night (I-Nite) rehearsals after school, tryouts were held bright and early in the morning, causing many students to feel tired and unmotivated throughout the practice.

“It was definitely tough to get motivated, and run and play because our tryouts were so early in the morning, but practice is actually a great way to start off the day,” Sweeney said.

Though former teams have done much better this season than in previous years, the girls’ lacrosse team believes that, even if they don’t have a better chance of winning this season, they will continue to put everything they have into their games and continue to put in the effort and passion that they have put into the game in preceding seasons.

“I’m honestly not too familiar with the new district and how we stack up against those teams, but I know that we’ll work as hard as ever and hopefully we’ll do even better than last year,” Teasley said. “While winning is important, I’ve always felt like our coach tries to discourage us from comparing ourselves to other schools because they are in a very different situation than us.”