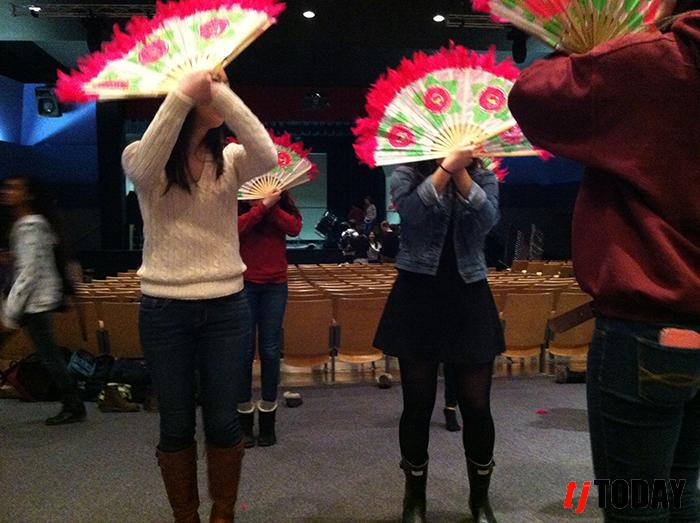 This year for International Night (I-Nite), Korean Culture Club (KCC) will be performing a very well known traditional fan dance. Choreographer junior Janie Choi has been practicing this traditional Korean fan dance for years, and in just a few short days it will be shown for all to enjoy.

“I really enjoy doing fan dances because it is the most traditional of the Korean dances, which allows others to enjoy Korean culture, and it is very graceful and easy to learn,” sophomore Jia Kim said. “We also look like flowers!”

Despite not being able to officially start I-Nite practice until January due to the construction going on at Jefferson, KCC has achieved a lot within the short month in which they have had to prepare.

“The dance this year is a little complicated but also really pretty. KCC’s I-Nite is a lot of fun because you get to explore a different type of dance and have fun with friends at the same time,” sophomore Helen Ngov said.

Choi quickly taught the 26 participants the traditional fan dance, which will be performed a special song made by Choi’s out of school fan dance teacher.

“We have a lot of preparation to do within the next week, but I think we are ready and I am very excited to showcase what we have done,” sophomore Minjoo Kang said.