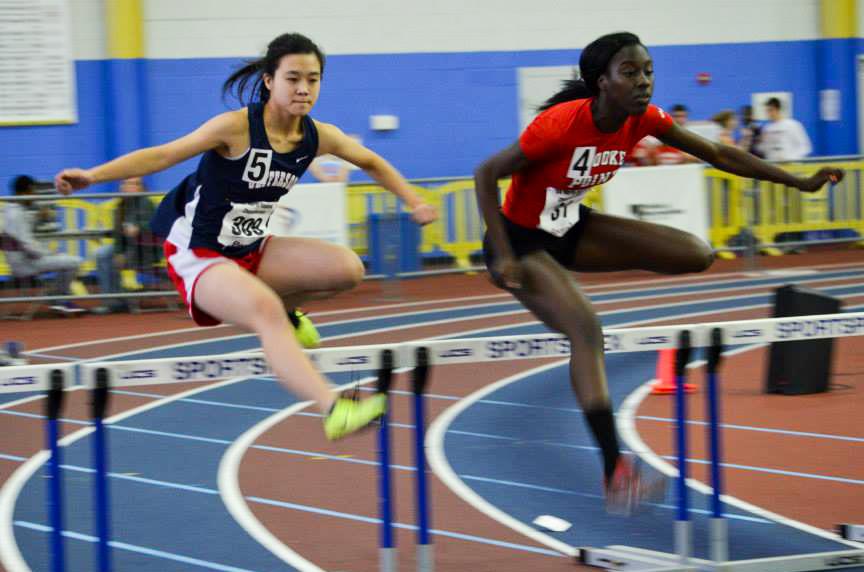 On Feb. 20, the indoor track team competed at the 5A North Regional Championships. The meet, held at Prince George’s Sports and Learning Center in Landover, Md., was postponed from Feb. 15 due to the previous week’s snowstorm.

Overall, the girls’ team placed fourth and the boys’ team placed seventh. Even with the disruptions to training caused by the wintry weather, many athletes were able to perform well and even set new personal records (PRs).

“We had hoped to score more points and get closer to the team title,” senior Raeford Penny, one of Jefferson’s star sprinters and the second place finisher in the 500-meter dash, said. “However, almost every individual who ran at Regionals set a PR and or qualified for States, which is a testament of the hard work that has been put in over the past few months.”

In each event, the top eight athletes scored for the team and earned All-Region honors. The top six athletes from each event also medaled and will advance to the state championships.

Individual Jefferson runners who qualified for States include: seniors Alyssa Bruce, Muthu Chidambaram, Christine Mayuga, Penny, Jamie Simon and Grace Zeng, juniors Chris Blagg, Stephannie Chen, Carolina Hatanpää, Monique Mezher and Haley Stumvoll, sophomores Claire Dong and Sydney Miller. The boys’ 4×200, 4×400 and 4×800 relays will all be moving on the States as well, along with the girls’ 4×400 and 4×800.

“While I didn’t make States for the event I expected to make it in, I’m extremely satisfied with my performance and the team’s,” Chen said. “All of us are just hoping to PR at States this weekend, and like we did at Regionals, enjoy our races. Moments like these help remind ourselves why we do track.”

Some of the underclassmen runners also greatly enjoyed competing at Regionals because it was their first experience with running competitively.

“I’ve always loved team sports, and being in the 4×400 relay makes me part of a team too,” freshman Jodie Beaumont said. “We each have to do our part, but we also have a sense of achievement together. Since this is my first time doing high school track, I don’t know what to expect at States, but I’m looking forward to it.”

Although they acknowledge that a state title will have to wait for another season, the team is still anticipating a strong finish at the state meet due to the stellar performances at Regionals.

“We are very proud and plan to use this success as a springboard for the outdoor season,” Penny said. “Knowing that a state title is out of our hands this year, we are just going to see how many athletes we can get to PR and run with this success into the spring track season.”