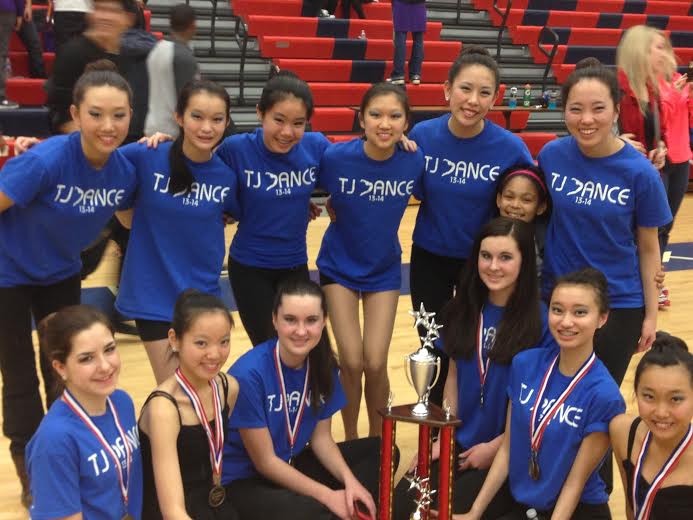 Senior captain Wendy Guo is proud of her team’s stellar performance at the competition.

“The dance team did very well at this competition—the best we have done all season!” Guo said. “Taking first on a team routine for the first time in team history felt amazing and all our efforts paid off.”

The team was able to do well at competition despite struggling to find space. Renovations took away the team’s original practice space in the old cafeteria and then restricted the space in the Planetarium Lobby. The team eventually had to move off campus for practice.

“Despite the troubles we went through this season trying to find space to practice and having less time to practice, we still managed to run practices as efficiently as possible. Our team really came together and we were able to accomplish more,” Guo said.

After a disappointing showing at their previous competition at West Springfield High School, however, the team was determined to do well, and succeeded.

“I feel like our team got closer, so we felt more comfortable pointing out areas that needed improvement towards each other in the routines. We also all knew Sweetheart would be the last competition of the season, which served as motivation to do our best,” Guo said.