“This Star Won’t Go Out” inspires readers with heartbreaking story 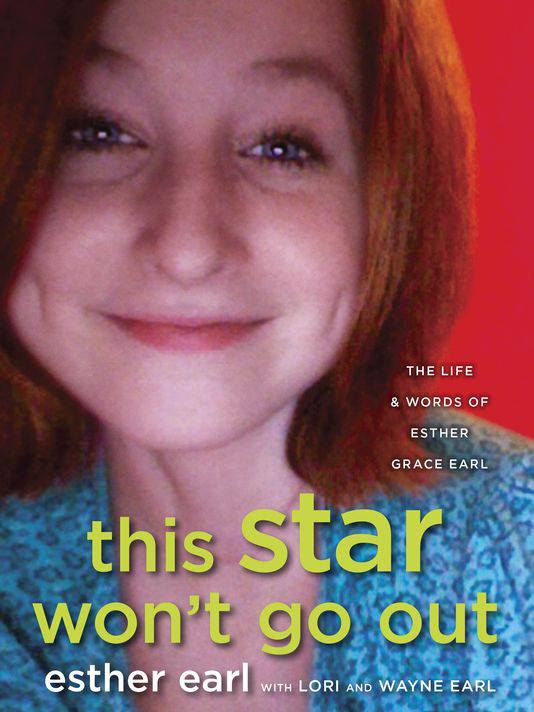 These inspirational words join many others in “This Star Won’t Go Out,” a posthumous compilation of diary entries, blog posts and video transcriptions of Esther Earl, who died of lung cancer at the age of 16. Earl moved many with her words and compassion, including young adult author John Green. Green’s “The Fault in Our Stars” was inspired by and dedicated to Earl. “This Star” was released Jan. 28 and since has inspired readers with the witty yet compassionate words of Earl and the tragic story told through the eyes of parents and friends.

The book starts out with an eloquent introduction by Green, who met Earl at a Harry Potter convention and since became friends with her, mostly through the internet. The introduction mostly serves as a point of view for Green’s feelings on Esther, however it is the only part of the book that is actually written for the book, and not as a part of another journal, blog or vlog. Green uses his voice, wit, and emotion to draw the reader in, instantly hooking them.

Unfortunately, the book is mostly but not completely in chronological order, which may be confusing for a reader that does not already know Earl’s story. However, the individual entries have enough to say on their own that the chronology does not matter as much—no matter what point in her sickness Earl is referring to, she tells its story beautifully.

Earl also shows the imperfection and humanity of cancer patients. Through her journal entries, the reader sees her emotions and insecurities; they see a person that is not better than anyone else because of her sickness but is instead extraordinary outside of her sickness. They see a person that is bedridden and hates being bedridden because she cannot help others and a person who is left out of society and can no longer understand her sister or why any teenager could rebel against their parents. They see a person with a good side and a bad side, which is truly extraordinary in a cancer novel.

Earl, however, as the victim of cancer, does not necessarily understand her own significance or ability to inspire. The most inspirational parts of the book were not written by Earl, they were instead written about her by her parents or her friends. The story of her ability to help the Harry Potter Alliance charity, the creation of Esther Day by Green and his brother Hank, and the memories of her written by her closest friends: those are the parts of the book that can make a grown man cry and the parts that keep the reader going.

“This Star Won’t Go Out” is not a lighthearted novel for a rainy day; it is instead an entertaining but educational book about a girl who goes through being terminally ill and her struggle and her story. Fans of John Green will love the resemblances to “The Fault in Our Stars” main character Hazel and cry over the tragic death of this extraordinary young woman. Esther Earl is truly allowed to inspire through her words, even after her death.