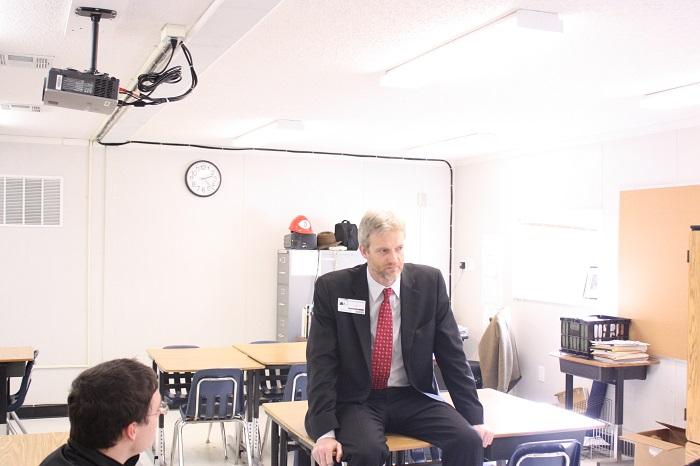 One of the topics Munston discussed was the Sochi Olympics and how that related to United States foreign policy with Russia.

“The benefits of the actual sports are marginal,” Munston said. “The politics of the Olympics are much more material and interesting.”

Munston also discussed foreign policy in the Middle East, including the recent debate over Iranian nuclear sanctions, among other prominent issues in the world today what sill be the problems in the future.

Junior Andrew Haymaker, president of Teenage Republicans, invited Munston because he thought that he would help politically involved students on both sides of the party line to become more informed about foreign policy.

“I thought he would provide powerful insight into foreign policy that will affect our lives now and in the future,” Haymaker said.