Off-campus lunch will be an option for some rising seniors 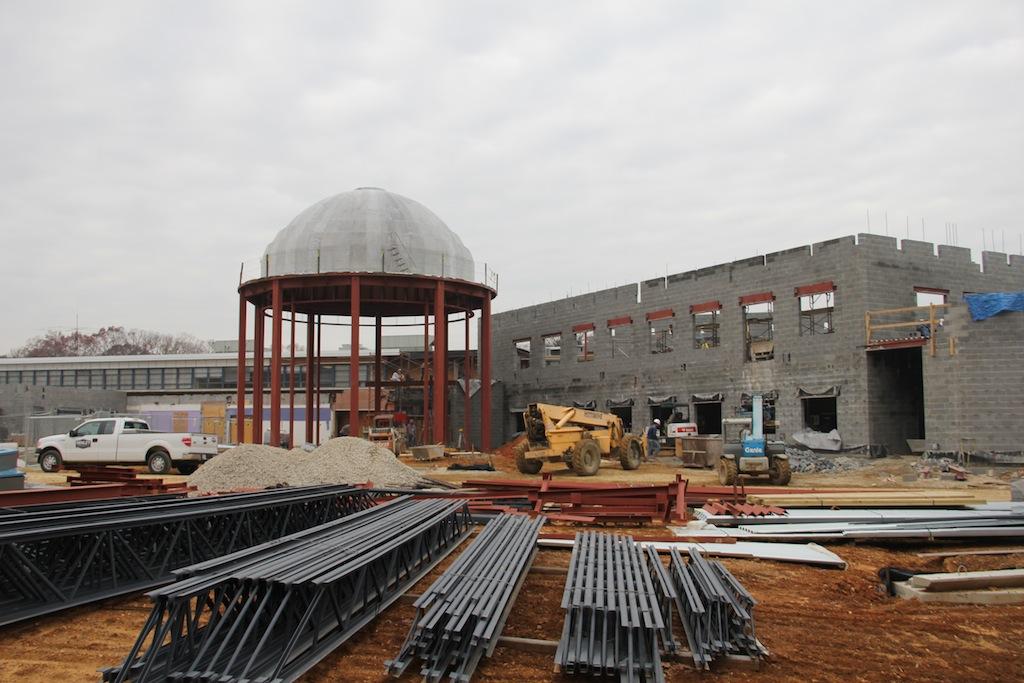 In order to minimize disruptions due to construction, the Jefferson administration will require students who take fifth period online to dine off campus on anchor days.

The Jefferson administration recently announced that, beginning in the 2014-2015 school year, seniors who plan on taking an online course as their fifth period class will be required to eat lunch off campus on anchor days.

At the moment, students who are taking an online course are not allowed in school during that class period. Because online courses are scheduled for first and fifth periods, this requirement is not an issue on red days and blue days. On anchor days, however, students with a fifth period online class face some difficulties.

According to Principal Evan Glazer, this, along with the disruptions that construction will cause in the upcoming school year, motivated the administration to offer off-campus lunch. After securing approval from the school district, Jefferson’s administration and division managers voted to allow students to eat off campus once a week.

Junior Anant Das, the president of the class of 2015, believes that the prospect of dining off campus will encourage more students to replace a traditional course with an online one.

“Personally, I think a lot of people will take advantage of this new option just because it will be an awesome way to relax and eat out with friends in the middle of the busy anchor day,” Das, who informed the class of 2015 of the decision through Facebook, said.

The option to eat lunch outside of school also appeals to mentorship students, many of whom take fifth period online anyway in order to maximize time in the lab. These students already utilize the lunch period to spend more time on their projects.

“I think off-campus lunch is a good idea because I will be able to spend more time with my lab mentors and coworkers,” junior Bridget Park said. “When we eat lunch together, we’ll be able to get to know each other on a more personal level so that I feel more like a part of the lab, and I will have more time to work on my project.”

Several students are currently taking either their first or fifth period class online. However, if a large number of rising seniors choose to use these periods to complete two online courses instead of just one, the availability of face-to-face classes may decrease.

“This decision has some implications for staffing; if students decide to take a class online that they would have taken face-to-face in school, then classes could be impacted,” Glazer said. “The impact could be positive and result in a reduced class size, but the impact could also be negative if the numbers worked out so that we lose a section of a class.”

Overall, students responded enthusiastically to the announcement, but some are concerned about the fact that leaving campus is mandatory, instead of merely optional.

“I think the off-campus lunch could be a really fun opportunity for a lot of people, especially with the growing chaos at school from construction,” junior Melanie Piller said. “However, being forced to leave campus during that time will probably discourage a lot of people from taking fifth period online. When the weather is bad, students without their own transportation may end up stuck at school.”