Gymnastics season comes to a close 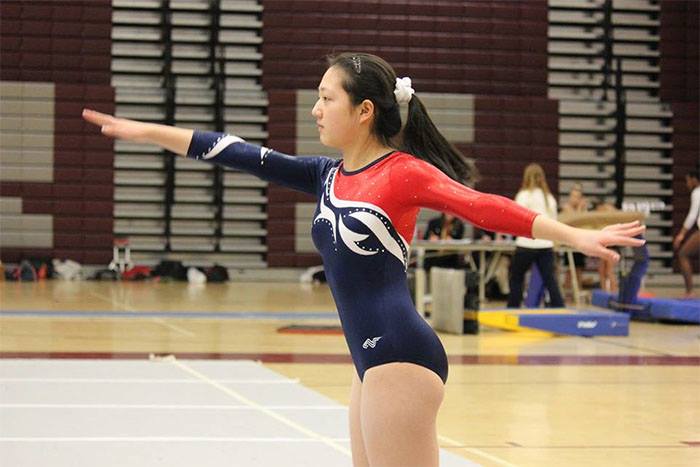 At their Capitol conference championship meet on Feb 3., Jefferson’s gymnastics team arrived hoping to leave everything they had on the mat, beam and bars in order to place as high as they possibly could. Though they placed just ten points below second place in the final scores, and as a result did not advance to regionals, the gymnastics team could not be prouder of their performance.

“As a team, I think I can speak for everyone when I say we weren’t expecting third place. We actually expected eighth, then seventh, then sixth,” sophomore Rachel Li said. “We almost didn’t believe we got third.”

With freshman Tatiana Bennett receiving the highest score out of the Jefferson team on bars and Li trying out the beam for the first time, the team shined through with natural talent and weeks of practice. Though this season has not always been easy and many of the practices consisted of new routines and hard work, this competition proved to the team that their work had paid off.

“With all of our hard work this season in every practice it’s nice to see it pay off,” sophomore Revu Pillai said. “I couldn’t be prouder of us as a team and as individual gymnasts.”

With this season coming to a close as the team did not achieve the necessary second place to continue onto regionals, the team begins to reflect on their goals for the next season and ways to improve in order to win not only the conference, but also a shot at regionals.

“Next season we’re going to try to recruit more people and all of us want to try up our difficulty and get more skills so we can improve a little bit,” freshman Carolyn Wang said. “I already can’t wait for next season.”