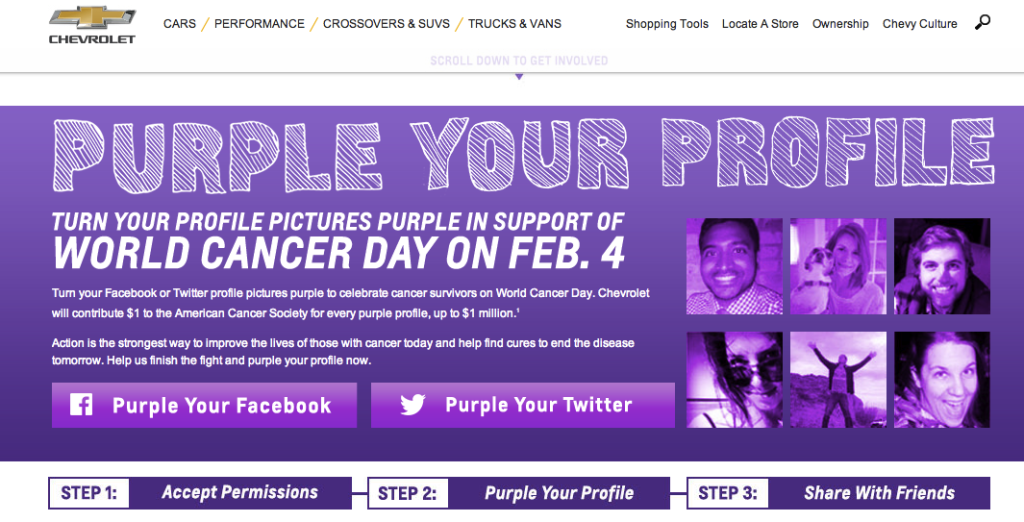 On Feb. 4, the Chevrolet automotive company, in partnership with the American Cancer Society, announced that it would donate one dollar to cancer research for every social media user who changed the color of his or her profile picture to purple to show support for the cause.

This year, many Jefferson students celebrated cancer survivors along with Chevrolet, following the instructions on the website to make themselves have purple profile pictures. The idea behind the social media support was not only to draw in support and donations to cancer research, but also to celebrate the lives of those who survived as well as remember the victims of the disease.

“I decided to change my profile picture to purple mainly to support the American Cancer Society,” senior Aarthi Prakash said.

This mass social media movement to support cancer survivors was announced in a commercial that aired during the Super Bowl game on Feb. 2, informing viewers that research has come a long way since just a few decades ago.

60 years ago, only one third of those diagnosed with cancer survived. Today, the total count of cancer survivors has risen to nearly two out of three people. The ad encouraged viewers to donate to the cause and change their profile pictures on Twitter and Facebook for the Feb. 4 event, in hopes that one day soon, three out of three diagnosed would survive the disease.

Along with fundraising efforts made for World Cancer Day, many students are also involved with Relay for Life, a project in which they raise money by selling goods or services to other students at Jefferson for cancer research.

“I lost multiple family members to cancer and I think that funding will drive further success of scientists,” Prakash said. “Who knows, maybe even future scientists from TJ.”