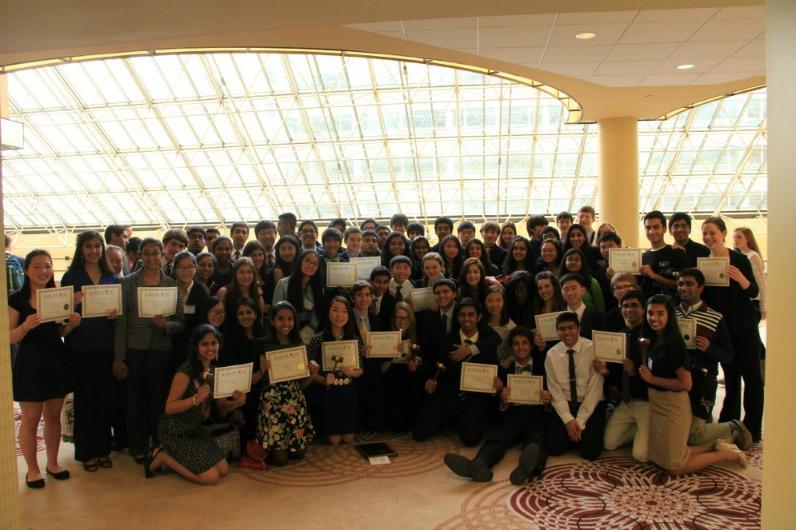 Delegates from Jefferson’s Model United Nations club (TJMUN) participated in four days of rigorous debate, competition and collaboration at the 30th Ivy League Model United Nations Conference (ILMUNC), one of the nation’s premier conferences which has been dubbed as the “championship conference” around the national Model UN circuit. More than 3,000 delegates arrived to participate in ILMUNC, which was held from Jan. 30 to Feb. 2.

ILMUNC was the fourth and biggest conference for TJMUN, and the third conference for the club within the month of January. Delegates participated in committees such as the World Health Organization and the International Atomic Energy Agency. TJMUN represented the nations of the United States, Sweden, Lebanon, Myanmar, Guatemala and Tunisia, in addition to several named positions in crisis committees such as Harold L. Ickes in the committee for Franklin D. Roosevelt’s Brain Trust and Frederick William IV in the Assembly of Monarchs committee.

“I personally was in the Ad-Hoc committee at ILMUNC, which brought together some of the best delegations in the national Model UN circuit,” senior Under-Secretary-General Parth Chopra said. “While it was by far the most competitive committee I’ve ever competed in, I am extremely glad I had the chance, and the delegates in there had such rich personalities and the simulation itself was extremely fun and dynamic.”

The performance by TJMUN was one of the best ILMUNC performances by the club in recent years, with several delegates receiving Outstanding, Honorable and Verbal Commendation awards. Many freshmen and novices were able to attend the conference and received extra help and training from officers during the weeks leading up to the event.

“ILMUNC was my first national conference, and it was such an enjoyable four days, from the tour to the no-talent talent show, and everything in between,” sophomore Sophia Martinese said. “I think the whole experience really helped us grow as a unit and I’m so proud of all of our performances throughout the conference.”