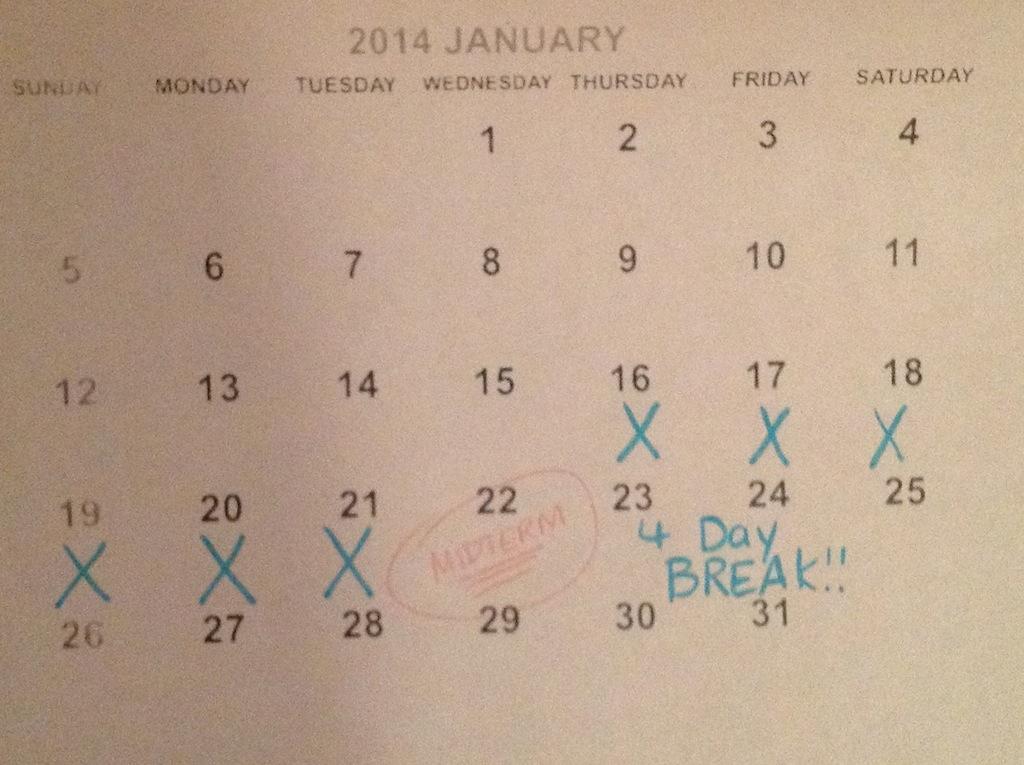 Many students have been looking forward to the rest and relaxation that comes with a four-day weekend.

With many midterms coming to an end, many students have been asking themselves the question, “What should I do now?”

As the end of the quarter quickly approaches, grades are in the process of finalization and students can put down their books as teachers work away at grades for each of their classes. Jefferson students have big plans for the four-day break, as they rest and relax in preparation for the second half of the year.

Sophomore Fionntan Thinnes had originally planned on attending a soccer tournament in North Carolina for the teacher workdays. However, due to the unpredicted snowstorm in the area, it match was cancelled and a reschedule date has not been determined. At Jefferson, the severity of this storm was felt by all on Jan. 29, as Fairfax County Public Schools announced that school would begin two hours later than normal.

“Because the tournament was cancelled, I’m spending my break driving home,” Thinnes said. “But there are teams from New York and New Jersey who made a longer drive and have to go back home too.”

Instead of taking advantage of the extended weekend for travel, some students said that they preferred to stay at home to rest and relax. Sophomore Max Pabilonia plans to continue writing the novel she is currently working on.

When asked about how to spend their break, other Jefferson students plan on catching up on their homework for the new quarter, as well as get some sleep before coming back to school.

“Having time alone to just write is awesome,” Pabilonia said. “I write whenever I can, since TJ is so stressful and I have to balance gymnastics and homework along with my novel.”