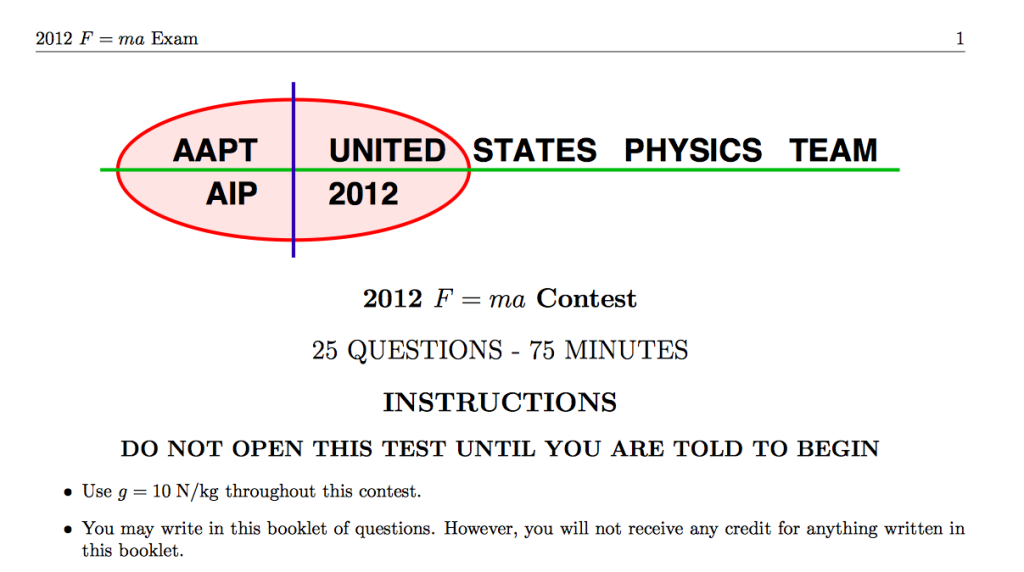 On Jan. 27, students took the F=ma exam, in which they answered 25 multiple choice questions in 75 minutes. Photo courtesy of aapt.org.

The exam, which lasted for 75 minutes, consisted of 25 multiple-choice questions that detailed non-calculus mechanics of physics.

In order to prepare, students took practice tests from old F=ma exams to get a feel for the questions.

“I did problems from the 2013 test,” junior Saroja Erabelli said. “It helped me expect what was going to be on this year’s test.”

Approximately 300 to 400 students who make the cutoff score will be eligible to take the semifinal exam, which will cover more basic topics of physics. The top 20 finalists will then be selected to train at a camp at the University of Maryland, in which the top five will continue forth to represent the U.S. at the IPhO.

Despite the vigorous competition for the selection process, many students decided to take the exam just for the experience.