Actor profile: Ryjik explores his love for theater in and out of school 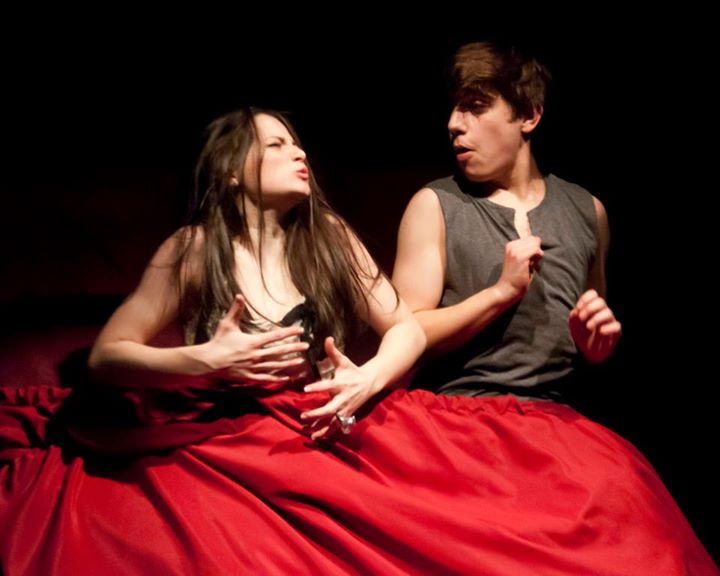 Junior Misha Ryjik (right) starred as Petruchio in the Synetic Theater's "The Taming of the Shrew."

A prominent member of the drama community, junior Misha Ryjik has been a memorable actor in many productions. Although he frequently acts in performances presented by Jefferson’s drama department (TJ Drama), Ryjik began his acting career several years before starting high school. Since then, he has appeared in Shakespearean plays, in community theaters, on the Jefferson stage, and even in the class of 2015’s winning Musical Extravaganza (MEX) performance for Homecoming 2013.

Current activities: At the moment, Ryjik is the student director of Jefferson’s current production, “A Taste of Honey.” Ryjik assists Zachary Roberts, the show’s guest director, in making decisions, and he also observes each rehearsal, taking notes on aspects that can be improved. TJ Drama will perform “A Taste of Honey” on Feb. 7 and 8.

Ryjik is also an actor in a currently-untitled, one act show by junior Kira Becker and sophomore Abby Peterson. In addition, he recently auditioned for placement at the Virginia Governor’s School for Visual and Performing Arts (VPA), a prestigious summer program.

Latest roles in outside productions:

Q-and-A: On Jan. 23-24, tjTODAY interviewed Ryjik about his inspiration for acting and his plans for the future.

Q: Why did you decide to get involved with theater?

A: I decided to get into theater primarily because my mom kept telling me to do it around 2009. Initially resentful, I realized that I really liked acting and have continued it since.

Q: Why did you decide pursue drama outside of school?

A: I started acting out of school so it’s not as big of a deal to me as it would be to other people. There is definitely a lot of time that I devote to theater. Just as people have to spend time to play football or be in chamber orchestra I have had to invest time into theater. When I am performing in a show, I don’t have any time for anything else.

Q: Why did you decide to apply for the Governor’s School program? What were the audition requirements?

A: I think that Governor’s School is a great place to learn, and I believe that I could learn a lot from them and have a great time there. For the audition, I had to prepare a two-minute monologue and perform it for the judges. In addition to that, there was a little improvisation exercise that they ran and an interview that they conducted. I also had to fill out the resume-like application and write a short essay on why I wanted to go there.

Q: What is the most important thing that you have learned in your experience with acting, directing, and other theater pursuits?

A: The most important thing I have learned from acting, which relates to every aspect of life, is that a much greater result comes when everybody tries to make everyone else look good rather than making themselves seem exceptional.

Q: Would you encourage other students to get involved with theater?

A: Of course! It really is exciting and you learn a lot about both yourself and how other people behave. However, it isn’t for everybody. I would never tell anybody who isn’t comfortable in front of large audiences to do something that they didn’t want to do.

Q: What future goals do you have with theater?

A: I really love acting and I hope to pursue it in college or even afterwards. While I don’t expect to go into it as a profession, I hope to continue to enjoy it for the rest of my life.