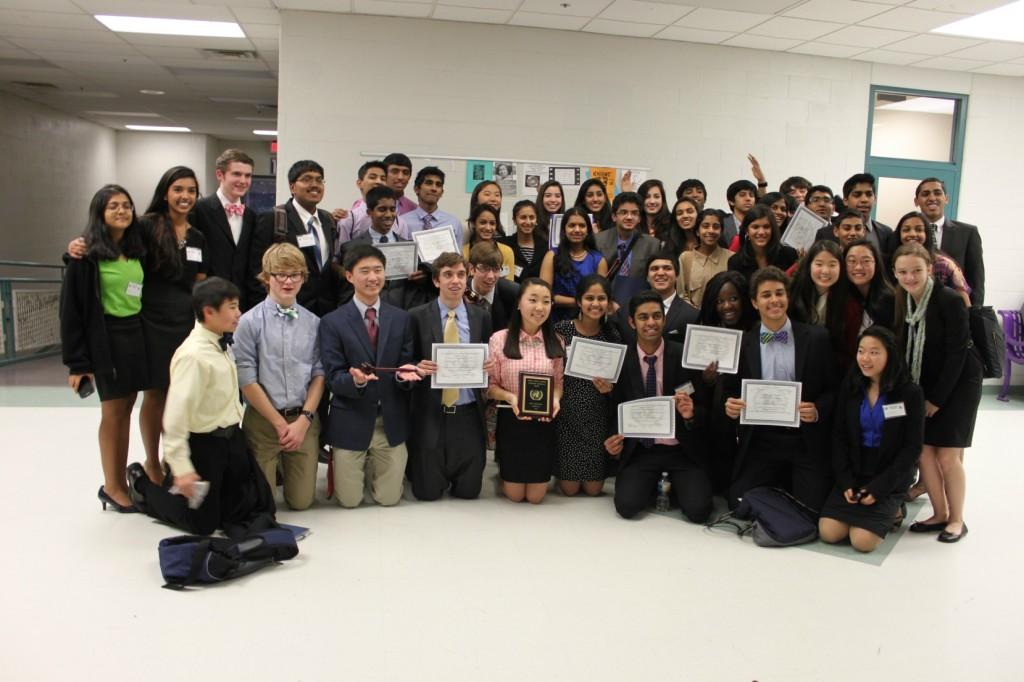 Delegates from the Jefferson Model United Nations club (TJMUN) have been preparing since December for the annual Ivy League Model United Nations Conference (ILMUNC), hosted by the University of Pennsylvania at the Sheraton Downtown Hotel in Philadelphia, Pa. This year’s conference will be held on Jan. 30-Feb. 2 and will be attended by many of TJMUN’s rival schools, including nearby Langley High School, the Horace Mann School and J.P. Stevens High School.

After getting country assignments in mid-December, delegates quickly began researching their committee’s topics and their country’s stance on those topics. Committees at ILMUNC range from the World Health Organization to the United Nations Security Council to the Ad-Hoc Committee of the Secretary-General, and position papers, or papers on a country’s position on a topic, were submitted online by Jan. 20.

“There are many ways my partner and I are preparing for ILMUNC,” freshman Richa Gupta said. “We did tons and tons of research on our topics, and the upperclassmen have given us guides and advice on what else to prepare, including an ideas paper.”

ILMUNC is considered a championship-level conference every year due to the number of delegates and highly-ranked schools it attracts. Many of the schools in attendance are ranked in the top 20 high school teams by BestDelegate.com, and delegates come from as far away as China and Brazil.

“We’ve been practicing skills such as bloc-leading and public speaking, and we research for at least 3-4 hours every day,” freshman Suzie Bae said. “This is my 1st ILMUNC, as well as my first national conference, which makes me even more excited for the memories the TJMUN family is about to create.”