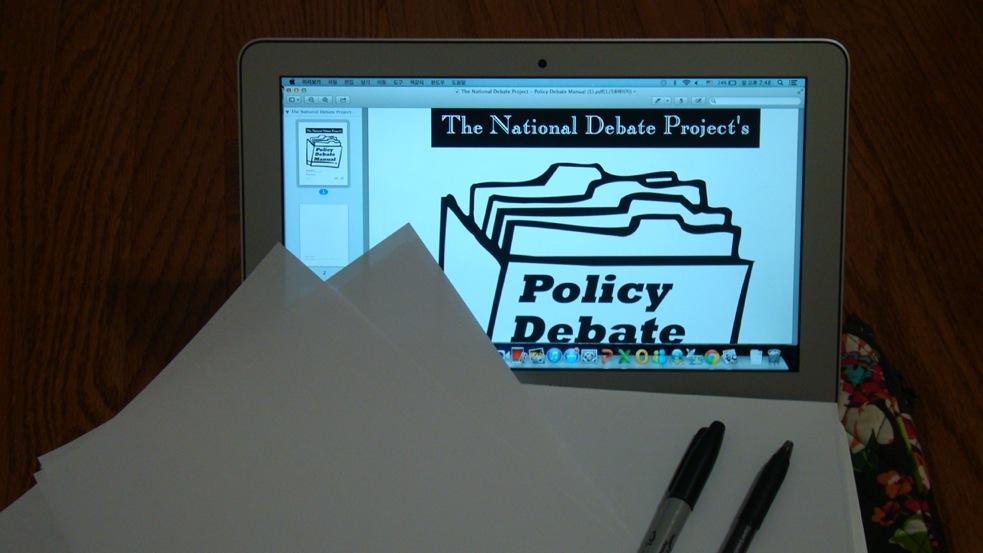 During a Policy debate round, most students use their laptops, papers, and pens to keep track of their opponent's arguments and offer evidence that opposes them.

“WACFL 4 was my first debate,” freshman Amritha Justin said. “Because I am very engaged in politics and overseas affairs, I thought that it would be a good experience if I debated on those topics.”

Policy debate is one of the three debate programs offered at Jefferson and debates a wide range of governmental policies, theories and philosophical ideas. This year, the team debated on the United States Federal Government’s economic engagement with Cuba, Mexico and Venezuela.

“By joining Policy debate, I hoped to develop a more thorough sense of foreign as well as national affairs,” Justin said.

By debating, students hope to broaden their awareness of current events and polish their skills in speaking.

“I will definitely continue to do debate, because I enjoy the competitive feel of debating passionately on topics that I feel are necessary for young people to know,” Justin said.