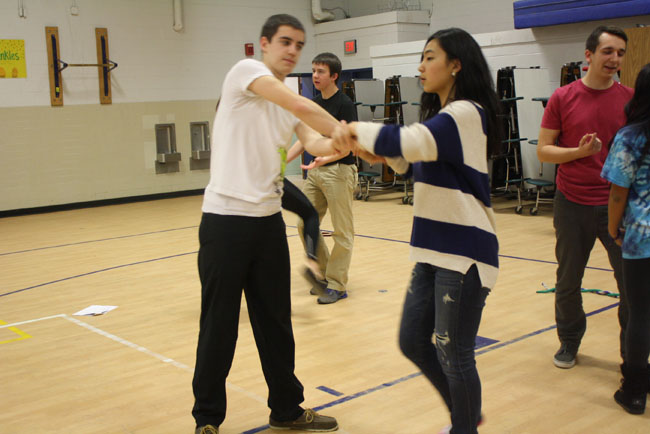 Since the beginning of November, members of Swing Dance Club have been preparing for their I-Nite performance on March 1st.  Swing is an upbeat style of dance with many challenging aerials and lifts. This couples’ dance originated during the 20th century and many of the steps have not changed since then.

“I love this club because it’s really fun learning this new style of dance.” sophomore Cece Xiao said. “I usually do studio dance and I’m part of dance team, and I think that it is interesting to learn such a different style that relies on having a partner.”

Xiao also thinks that the whole Swing Dance team is very talented and that they all bring something different to the dances. The performing group is made up of 20 people who tried out for the team late October.

“On Swing this year we also have a lot more members who are on cheer or do gymnastics, so there’s a lot more potential.” senior Melissa Le said.

Le and senior Brad Rosenblum teach most of the steps, but the whole team contributes to the choreographing of the dance. This year, Swing Dance Club is very excited to be dancing to the lively song Mambo #5 by Lou Bega.

They have been spending every Friday A and B block rehearsing for the big performance and the team is looking forward to having the extra room to dance due to the location change.

“Since its at GMU this year,” said Le, “a lot of the performers club wide are super excited and much more motivated to put on a great show!”