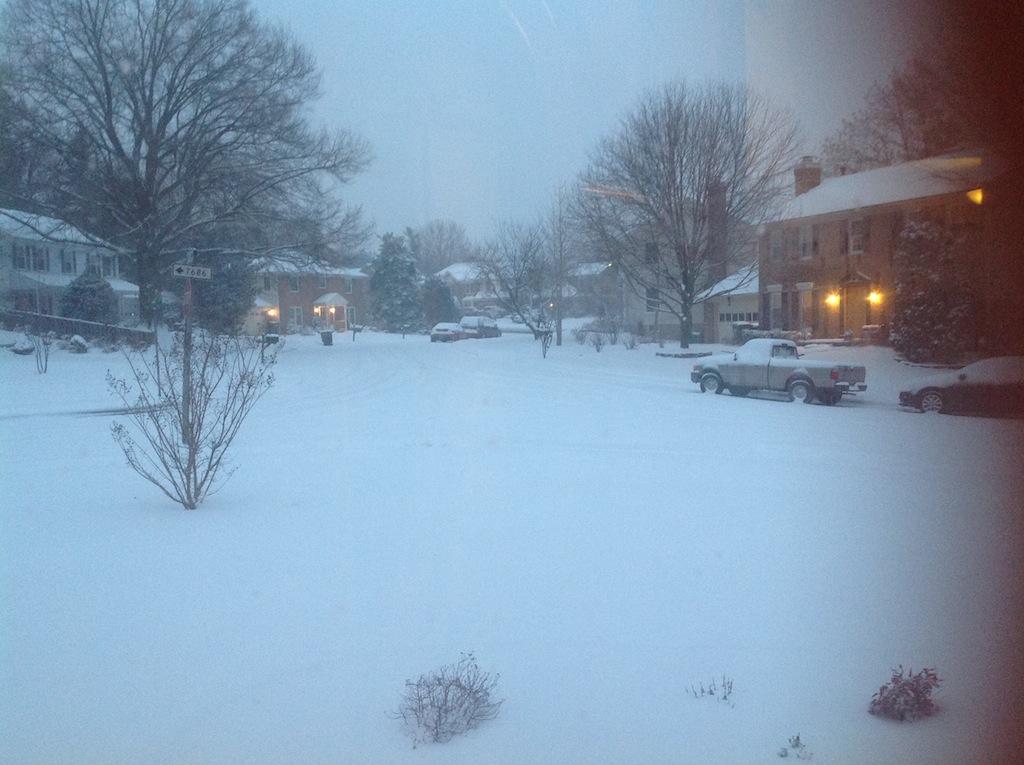 Nearly 4 inches of snow piled up today in Vienna, Virginia around 5 p.m.

As Jefferson students began preparing for their upcoming exams, a snowstorm hit the area, closing school for the next few days. With school off on Jan. 21 and recently announced to be canceled for Jan. 22, students have the chance to spend more time preparing for exams, especially Advanced Placement (AP) midterms.

“I think it’s funny that during school I seem to tell myself, ‘if I had just one day off, I could get so much done and catch up on everything.’ But when we actually get snow days, that doesn’t really happen,” junior Alexis Gillmore said. “That being said, I did get a decent amount of studying done and also caught up on some much-needed sleep today.”

As Fairfax County Public Schools (FCPS) school board member Ryan McElveen announced the schools’ cancellation via Twitter on Jan. 20, students from Jefferson instantly retweeted his post in thanks.

“I really was not in the mood for reading chapter 20 of my AP Biology textbook or to go into public and see people,” sophomore Cheryl Mensah said. “I refreshed Twitter every two seconds hoping for something, and finally Ryan McElveen told us the good news before 8 p.m. I can always count on him to tell me before the FCPS website.”

Other students, upon hearing the news of an extra day off of school, celebrated in different ways, and began to plan out the next day’s fun.

“When I found out that school was cancelled due to snow, I wanted to jump through the window and do cartwheels in my front lawn,” junior Angela Ma said. “Since it was so cold, I just went to go eat celebratory ice cream.”

Because many students had used Martin Luther King, Jr. Day as an extra day to prepare, getting an extra day off of school on top of everything else was just time to do as they pleased before the stressful days to come.

“During the day off, I caught up on sleep and wrote a couple of chapters of my book. I also played some piano,” Ma said.

“I used to have three midterms on Thursday as a result of having first period physics, third period AP United States History and an online course midterm,” junior Carrie Heilbrun said. “Now, thanks to the snow days and midterm schedule changing, I only have the online course midterm. Life is pretty glorious right now.”