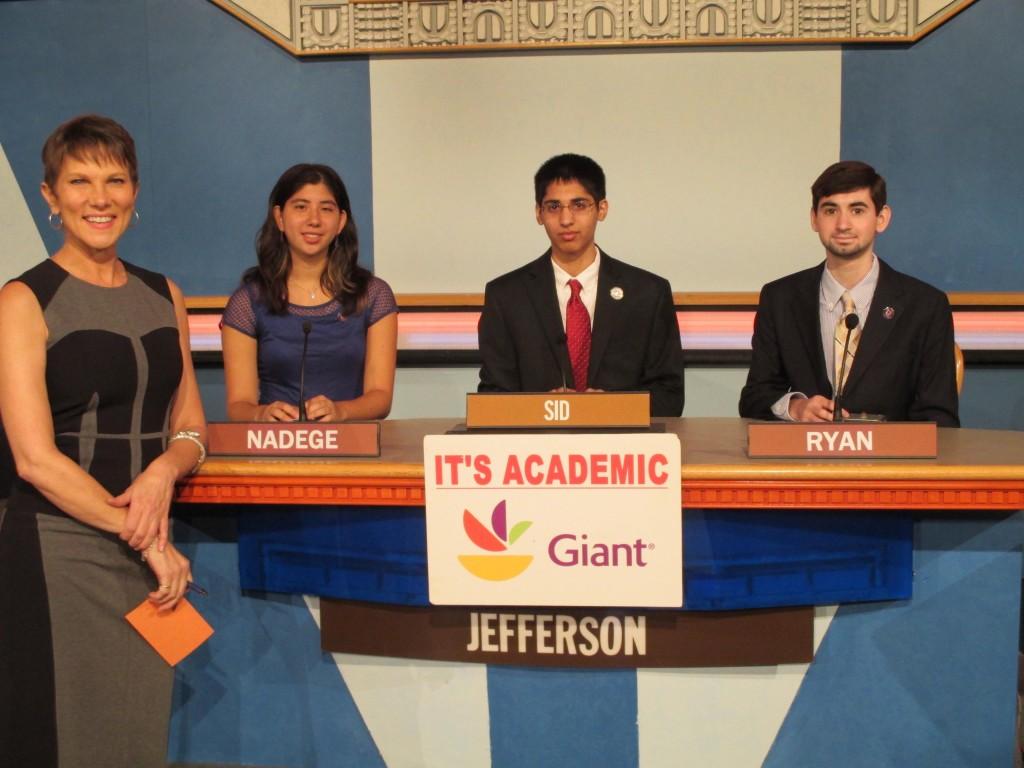 Left to right: Seniors Nadège Aoki and Sid Verma and sophomore Ryan Golant are three of the five members on the TJ Quizbowl team.

Eight schools fielded teams in the tournament, which involved seven round-robin games. Each game consisted of questions for individual players, known as tossups, as well as bonus questions directed to the entire team. At the end of the day, the two teams with the most wins advanced to the regional tournament.

“I feel happy about winning the conference championship, and I’m proud of myself and my team for keeping up TJ’s record of success,” Aoki said. “However, the conference is just the first of three of the state Scholastic Bowl competitions and there is stiffer competition at each one, so we have to keep preparing.”

TJ Quizbowl, currently sponsored by English teachers John Laffey and Jennifer Seavey, has had an impressive winning streak; the team has captured first or second place at States for the past 15 years. However, this school year ushers in several changes, most notably the recent VHSL realignment, which has shuffled around many schools in the region.

“I was very pleased with how the team did,” Seavey said. “Because we’re in a completely different realignment, however, we don’t know who will emerge at the regional level as our primary rival.”

Another welcome change is the addition of underclassmen to a team that is usually dominated by upperclassmen. Zhang participated in Quizbowl at the middle school level, and he decided to continue in order to improve and learn more within the competitive yet friendly environment.

“I joined TJ Quizbowl because I love the competitiveness, and Quizbowl teaches you about all subjects, not just science,” Zhang said. “As the youngest member, I have much to learn, but I’m proud that I helped contribute to TJ’s first place finish and I hope to be able to continue TJ’s legacy.”

The TJ Quizbowl team is currently preparing for the 5A North Region competition, which will be held Massaponax High School on Feb. 1. Jefferson and Marshall will be facing Brooke Point and North Stafford High Schools from Conference 15, but the four remaining contestants have yet to be determined. The top two schools from Regionals will then advance to the four-school 5A State Championships.

“If we get to the state competition, there will be a big difference in our competition,” Aoki said, referring to the departure of Jefferson’s long-time rival, Maggie Walker High School. “We’re not really sure what to expect, but we play pretty much the same way no matter who our opponent is. The realignment meant we saw some new faces at the conference tournament, which was nice.”