“Humans of TJ” returns to the Jefferson community 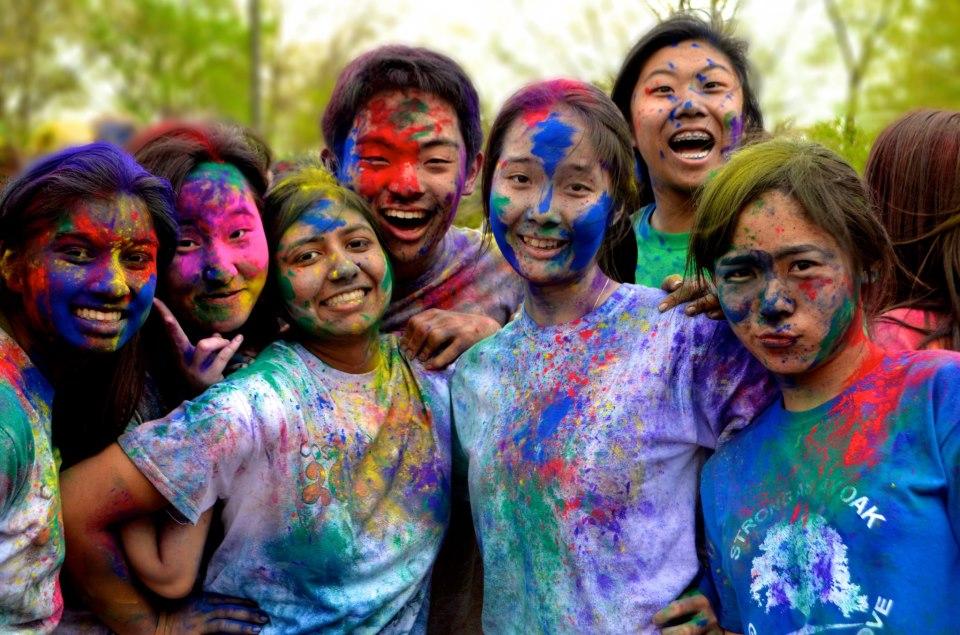 Students huddle together after Holi celebrations outside of Jefferson. Photographer: sophomore Andy Zhao. photo courtesy of "Humans of TJ."

A dragon prances into the now-defunct Millennium Courtyard. A group of students with paint splatters covering their skin and clothing pause for a moment to group together, still gasping and laughing from exertion. At the end of each of these moments, a camera flashes, recording an instant in the Jefferson community.

“I think my favorite part is talking to the people after taking their photo, because I get to know them a little bit better,” junior and member of the Executive Team Helen Zhang said.

On Jan. 13, after a brief social media awareness campaign on Facebook and Twitter, “Humans of TJ” (HOTJ) returned for another year of capturing some of the most unique moments in the Jefferson community.

“I actually think making announcements before our re-launch increased the number of students looking forward to new posts by HOTJ,” Zhang said. “The latest post of the underwater photo has the highest reach I’m aware of, with over 2000 that saw it.”

HOTJ, is, like many others of similar name, is based off of the “Humans of New York” campaign started in November 2010 by Brandon Stanton, which has since become internationally famous, both online and in its print publication form.

“This year we set up a pretty organized system in which we have a spreadsheet and the dates that we plan to post pictures. Our photographers, once they have a picture they think is what we call ‘HONY worthy,’ fill out their name, the caption, who is in the picture and other pertinent information and then either Bridget or myself will approve the photo,” junior and co-founder Anant Das said.

This year has also included an increase in leadership participation in HOTJ. Now, juniors Bridget Park and Das are joined by juniors Zhang, Sandy Cho, Ellen Kan, Stav Nachum and Susie Lee on the Executive Team, as well as various other students who are photographers.

“We hope to find some freshmen photographers soon too so that HOTJ can continue even when Bridget and I graduate,” Das said.

In future, HOTJ is planning on posting photos every couple weeks during the school year.

“The biggest change for this year would have to be that other than having a staff, we are focusing on capturing the story in the photo and emphasizing the interview aspect of HONY, as the caption plays an integral role in captivating the reader. The picture is sort of like a book cover and the caption is the content,” Das said.