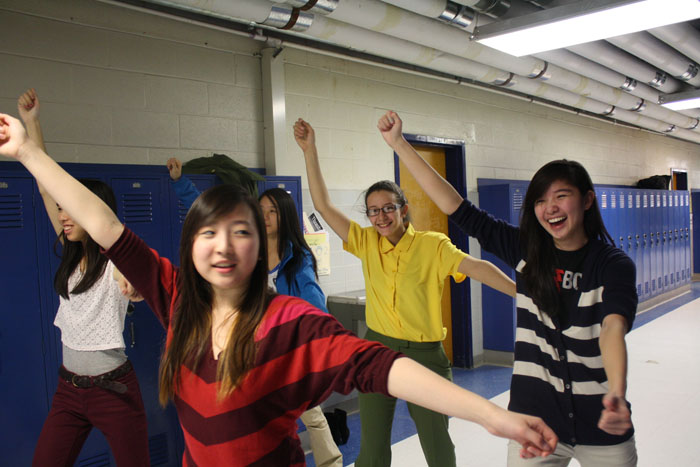 On January 10, the Japanese National Honor Society began their preparations for Namaste’s annual International Night (I-Nite), which will occur later in February. All the club members seem excited to share the club’s passion for Japanese culture during their I-Nite performance.

“I joined Japanese National Honor Society because I wanted to participate in Japanese festivals and events in school and out of school, and be able to share the Japanese culture with others,” sophomore Shirley Wang said.

This year, Wang says she is looking forward to the school event I-Nite the most. For I-Nite, they will be performing a traditional Japanese dance called Yosakoi.

This style of traditional dance originated in southern Japan. Last year, the club began basing their style of dances and choreography on a famous dance group in Japan called Enishi.

“We’ve been interested in Yosakoi style dance because there’s a lot of different kinds of Yosakoi dances, so we can bring something new to I-Nite every year while also keeping the same style,” a choreographer, senior Christine Tsou, said.

Although Yosakoi looks like martial arts, it is actually choreographed positions that produce a dance. This year, their martial arts theme is centered around samurai soldiers. The official Yosakoi dance is danced to the song, “Yosakoi Naruko Dancing”, but Japanese culture club wanted to tie traditional music and modern music.

The three choreographers this year, Tsou, Elizabeth Chang and Vivian Le, are currently in the process of teaching the eleven other participants their choreography. Jan. 10 was the first of the weekly practices that will be occurring until I-Nite.

“Yosakoi has been really popular in Japan and it’s a dynamic dance that I feel showcases Japanese culture in a way that other students can enjoy without knowing much about Japan,” the president of the club, senior Emily Zhou, said.