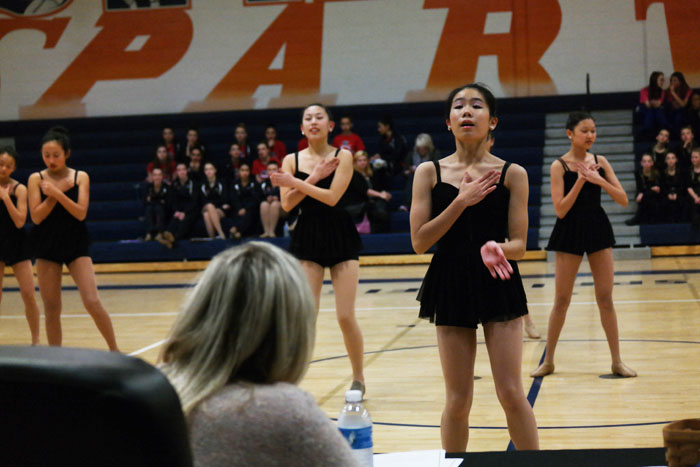 Freshman Emma Zhang performs with the team as a part of the competition.

On Jan. 1, the Jefferson Varsity Dance Team (TJVD) competed in the East Regional Dance Competition hosted by West Springfield High School. The team competed against other high schools and middle schools from the northern Virginia area. This was the first competition of TJVD’s season, which will be followed by another competition in February.

The team performed one group lyrical dance, and sophomores Vivian Fang and Cece Xiao did a duet in addition to performing solos. The team placed fourth for their group dance, and Xiao received an honorable mention for her solo while Fang placed 13th.

“I felt like we did the best we could, considering that we finished the choreography the day of the competition. There is definitely room for improvement before our next competition,” Xiao said.

Coming out of the competition, TJVD coach Melissa Weber feels optimistic about the team’s chances at later competitions and believes that the team did well.

“I’m proud of the team because they worked hard and did well, especially under the circumstances of the school renovation,” Weber said.