“Downton Abbey” premiere goes above and beyond 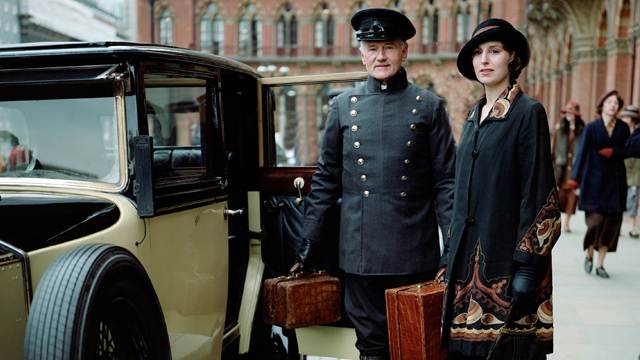 After an agonizing, 11-month wait, the British soap opera “Downton Abbey” has finally returned to the United States. The surprisingly addictive show, now on its fourth season, depicts the intricate lives of the Crawleys and their servants – a colorful ensemble of wealthy aristocrats and lively commoners – as they navigate their way through 20th Century England.

The show boasts an incredible following not only across the pond, but also in the United States. A record number of 10.2 million viewers tuned in to the season premiere, which aired on the Public Broadcasting Service (PBS) on Jan. 5. Producer Julian Fellowes certainly had a lot on his plate to please the ravenous audience. Fortunately, as predicted, the premiere lived up to expectations and then some.

Season Four picks up six months after the Season Three finale’s tragic cliffhanger, which left me – and undoubtedly millions of other viewers – shocked and teary-eyed. Downton Abbey, the vast estate on which the Crawley family lives, is draped in darkness. Both upstairs and downstairs, the mansion’s inhabitants drift around aimlessly as they mourn the death of a beloved.

Most notable is Lady Mary, who is now just a ghost of her former self. Actress Michelle Dockery does an outstanding job in communicating Mary’s heartbreaking vulnerability through her frosty exterior. Not to be outdone, Maggie Smith returns as Violet Crawley, the venerable Dowager Countess; she delivers her one-liners, which positively drip with side-splitting sarcasm, at the most opportune moments.

One thing that I have always appreciated about “Downton Abbey” is the writers’ attempts to remain historically accurate. Among other challenges, the inhabitants of Downton struggle to preserve outdated aristocratic values in the face of new innovations. In this episode, change comes in the form of a new electric mixer, which greatly distresses Downton’s cook, the hearty yet traditional Mrs. Patmore.

The 69-minute premiere also largely revolves around the issue of Downton’s future, now that its open-minded heir is gone. Mary’s father definitely hit a nerve for me in this episode; the bigheaded, sexist Lord Grantham parades his superiority around, reveling in his monopoly on decision-making. His attitude is at odds with that of the other characters as the estate is swept into the reform-minded era of the Roaring Twenties.

Finally, as always, I found myself riveted by each individual’s story. I sighed happily whenever Anna (Joanne Froggatt) and Mr. Bates (Brendan Coyle) had a tender exchange of words away from prying eyes and ears. I cheered when Isobel Crawley (Penelope Wilton) bounced back from her grief by rediscovering the joys of charitable acts. And I groaned when the crafty Thomas Barrow (Rob James-Collier) found a new partner to begin his collusions anew.

“Downton Abbey” has never ceased to entertain me. The relatable characters, touching storylines and ornate displays of antiquated opulence are a sure recipe for success, not to mention the rich plot, which is full of surprises as it evolves with changing times. I can’t wait to see how the drama unfolds and how this widely-acclaimed show will continue to hold its own for the rest of the season and beyond.